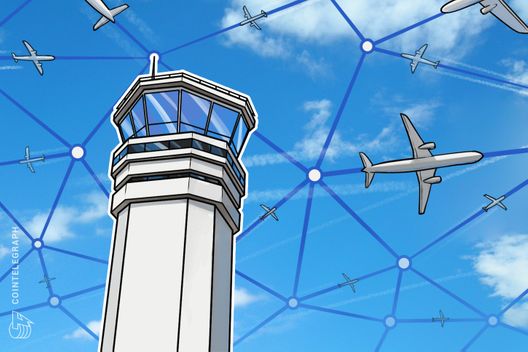 Blockchain technology will go hand in hand with artificial intelligence in a new pilotless plane project from Boeing.

Boeing is partnering with an artificial intelligence (AI) company to develop pilotless vehicles and other products using blockchain, it announced in a press release July 17.

Texas-based SparkCognition, a company which Boeing invested in in a $32 million funding round last month, will work with the aviation giant on a platform which will track unmanned air vehicles and allocate flight corridors.

As a byproduct of this development, the partnership “will also provide a standardized programming interface to support package delivery, industrial inspection and other commercial applications,” the press release explains.

A buoyant SparkCognition CEO Amir Husain said the aerospace industry will go towards the creation of a giant new market worth upwards of $3 trillion.

“[...] The urban aerial mobility opportunity will lead to the creation of the largest new market in our (lifetimes),” he added.

Coming just days before the UK’s annual Farnborough Airshow, Boeing’s is not the only plan to receive a timely announcement.

On Monday, Accenture announced it would use the event to debut a blockchain-based platform specifically targeting aircraft supply chains.

“We're at a point in history where technological advances and societal trends are converging to demand bold solutions and a different way to travel,” Boeing’s CTO Greg Hyslop continued.