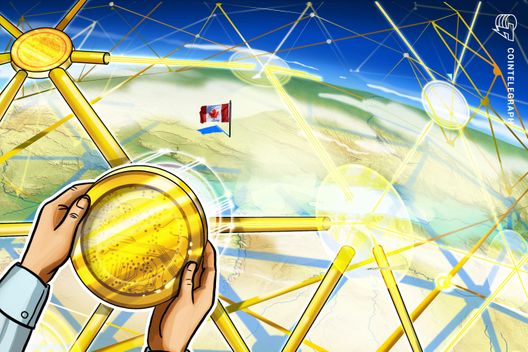 The Large Credit Union Coalition (LCUC), a group comprising of the chief information officers (CIOs) of the 16 largest credit unions in Canada, has joined New York-based blockchain consortium R3, according to an announcement published July 17.

The LCUC, whose corporate members include more than 3 million entities and represent over $125 billion in assets, has become a part of R3’s network of over 200 financial institutions, trade associations, and fintech companies in order to explore and integrate Corda. Corda is an open-source distributed ledger platform, designed to work within finance to operate complex transactions and restrict access to transaction data. Yves Auger, CIO at Servus Credit Union, commented on the cooperation:

“The LCUC is thrilled to be working with R3 and exploring the distributed ledger technology space more closely, building on some of our members’ successes with the technology. The wealth of knowledge and possible use cases we can dive into in short order were among some of the key reasons we felt partnering with R3 was the right choice for us.”

The goal of the LCUC is to develop new technologies that make Canadian credit unions more competitive. The coalition has previously worked on projects like remote check deposits and mobile payments. According to the press release, the LCUC is also pursuing development in the areas of artificial intelligence, cloud computing, and payments modernization.

Earlier this month, R3 announced that it had released a “version” of its Corda blockchain platform aimed specifically at businesses. Corda Enterprise, reportedly “optimised to meet the demands of modern day businesses,” includes a “Blockchain Application Firewall” to let the platform run within corporate data centers while communicating with Corda’s nodes.

In June, the consortium said in a blog post that 39 financial firm partners completed more than 300 transactions via R3’s know your customer (KYC) application. The transactions were conducted across eight timezones in 19 countries. Banks were able to request access to customer KYC data, and clients could grant or revoke access. Project participants ran 45 nodes on Microsoft Azure, sharing data via the Corda network using CorDapp.