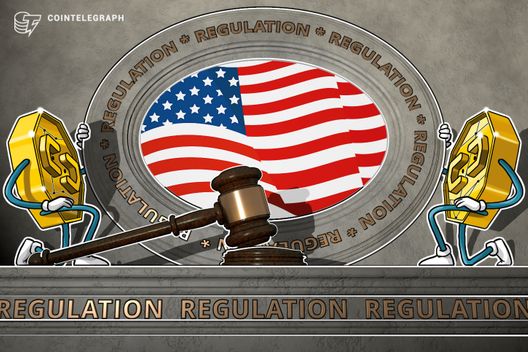 Witnesses at a hearing before the U.S. House of Agriculture Committee today proposed that digital assets require an agile regulatory approach because of their fluidity.

Witnesses before the U.S. House of Agriculture Committee at a public hearing July 18 were unanimous in their view that digital assets complicate the hard and fast distinctions of existing regulatory frameworks.

A key takeaway from the hearing was that a given digital asset may shift its regulatory status as it transitions from one context to another, given the fluidity of the crypto ecosystem.

Both Gensler and Fairfield argued that when a digital token is marketed at a “pre-functional” moment in its development — i.e. during an Initial Coin Offering (ICO) — then the sale is judged an investment contract and thus a security to be regulated by the Securities and Exchange Commission (SEC)

Critically, however, crypto tokens may cease to be securities once they become used in a decentralized network as a utility token as, for example, in the case of Ethereum (ETH). This means that a digital asset may at one point be an SEC-regulated security, only to later become a commodity of relevance to the Commodity Futures Trading Commission (CFTC).

As Gorfine outlined, the CFTC does not generally exercise direct oversight of the underlying commodity markets themselves, but rather regulates derivatives such as the futures or swaps markets.

Gensler proposed that state of the “underlying cash-crypto markets” is presently “at best a wild west,” and that the CFTC potentially requires more authority and resources to deal with the challenge. The SEC, for its part, could need 2-4 years to address the “thousands” of “noncompliant” actors in the ICO space, he said.

Ness warned that over-aggressively extending securities classifications could seriously impede the crypto space, which has evolved precisely to create a network that allows for “value transfer at the speed of software.”

The SEC notably requires that the beneficial ownership of an asset can be determined at any given time, something that Gensler said was not yet technologically feasible to achieve in a frictionless way in the crypto space.

In response to committee members’ concerns that crypto can be used for illicit activities, Kupor suggested that “Bitcoin is law enforcement’s best friend,” given that pseudonymous transactions can ultimately be traced using intelligence tools that analyze traffic on the blockchain.

Ness quipped that “the alleged Russian hackers were caught because they used Bitcoin,” in reference to the recent indictment that charged twelve Russian nationals with using crypto to fuel their efforts to “interfere” in the 2016 U.S. presidential elections.

In mid-May, a U.S. House Subcommittee hearing on blockchain in supply chains concluded that the technology has a variety of applications, even without industry-wide standards.