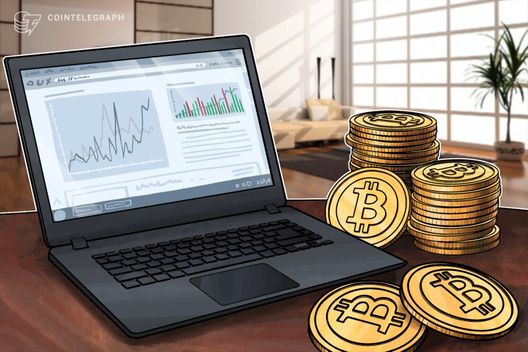 Digital Currency Group’s CEO said that he put “some money into Bitcoin last week,” believes that BTC has “hit the bottom for the year.”

Speaking at the Delivering Alpha Conference in New York on Wednesday, Silbert said that he thinks “we’ve probably hit the bottom for the year. I actually put some money into Bitcoin last week.” He added that “as an asset class it is here to stay … I’m 100 percent confident a decentralized, non-fiat form of money is here to stay.”

Jeremy Allaire from cryptocurrency startup Circle, which is backed by Goldman Sachs and Baidu, also addressed the conference. Allaire said that blockchain will form the basis of new technological innovations:

"This is a new infrastructure layer of the internet. It is going to replace what operating systems do. It is the future of the internet ... This just isn’t about digital gold.”

Ken Griffin, the CEO and founder of the Citadel hedge fund, is more skeptical about the leading cryptocurrency. Speaking at the same conference, he admitted that he “still scratch[es] [his] head" about BTC, claiming that the younger generation should “do something more productive than invest in digital currencies.”

Today, Avenue Capital Group co-founder Marc Lasry shared Silbert’s positive stance, saying that BTC is soon going to hit $40,000. He said that “as it gets more into the mainstream, and as more markets end up allowing it to trade where it's freely tradable, to me that's more of the bet.”