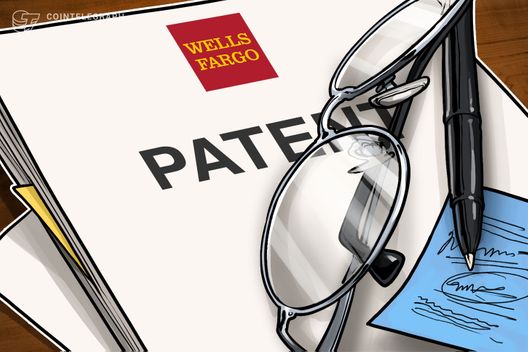 San-Francisco-based bank Wells Fargo has filed a patent for a tokenization system that would protect sensitive data.

San-Francisco-based bank Wells Fargo has outlined a patent for a tokenization system that would protect data, according to a filing published by the U.S. Patent and Trademark Office (USPTO) July 17.

The newly published application details a system in which any type of data element — whether a document, graphic, or database value — could be located, accessed, and protected by means of tokenization.

Tokenization, as the patent filing outlines, uses encryption methods to process an originally unrestricted data element into a corresponding restricted token that can subsequently only be retrieved — or ‘detokenized’ — by a specified user. The system harnesses cryptography to bind specific values to data under an authenticated digital signature.

The tokenized system can thus be used to both control access and confidentiality, authenticate data origins, and maintain data integrity by detecting any undue modifications to an element.

Wells Fargo explains that tokenization can be used to protect data “even when it is stored in a publically accessible environment, such as the cloud, within a blockchain...in a flexible way that is file and data element neutral”:

“Unlike the limited, anonymous signatures supported by existing systems, this tokenization manifest supports single signers, multiple signers, or co-signers to store information publicly without loss of confidentiality of any sensitive content.”

The proposed system would furthermore flexibly allow content owners or managers to select a desired output for tokenization — which can be used for any file in part or in its entirety — and select how it will be manifest for restricted users, e.g. through blurring, randomized text, or blacking out.

Just last month, Jeremy Allaire, Co-Founder & CEO of payments company Circle spoke at MoneyConf Dublin of an unprecedented “crypto-revolution,” suggesting that global society is “at the beginning of a tokenization of everything” that will extend to “every form of value storage and public record.”

While evidently embracing the technology that underlies cryptocurrencies for its own purposes, Wells Fargo has recently moved to prohibit its customers from purchasing crypto using credit cards issued by the bank due to perceived investment risks.

The bank was nonetheless an early pioneer of the first-of-its-kind international freight shipment to China back in 2016, in what was the world’s first reported interbank trade using a blockchain system.