Grayscale has been overseeing investments into crypto for five years, launching a Bitcoin (BTC) Investment Trust back in September 2013 and then expanding to other single-asset funds — including Ethereum Classic (ETC), Zcash (ZEC) and Litecoin (LTC) — as well as diversified offerings, notably its Digital Large Cap Fund.

According to this week’s report, institutional capital accounted for 56 percent of all new investments into Grayscale products during the first half of 2018.

Despite the undeniably bearish picture for crypto markets during this time, Grayscale remarks that “counterintuitively,” the pace of investment has “accelerated to a level that we have not seen before.”

Total investment through June 30, 2018 was almost $248.4 million — the strongest ever fundraising period since 2013. $9.55 million in fresh capital has been incoming every week on average, with $6.04 million — 63 percent — going to the Bitcoin Investment Trust. 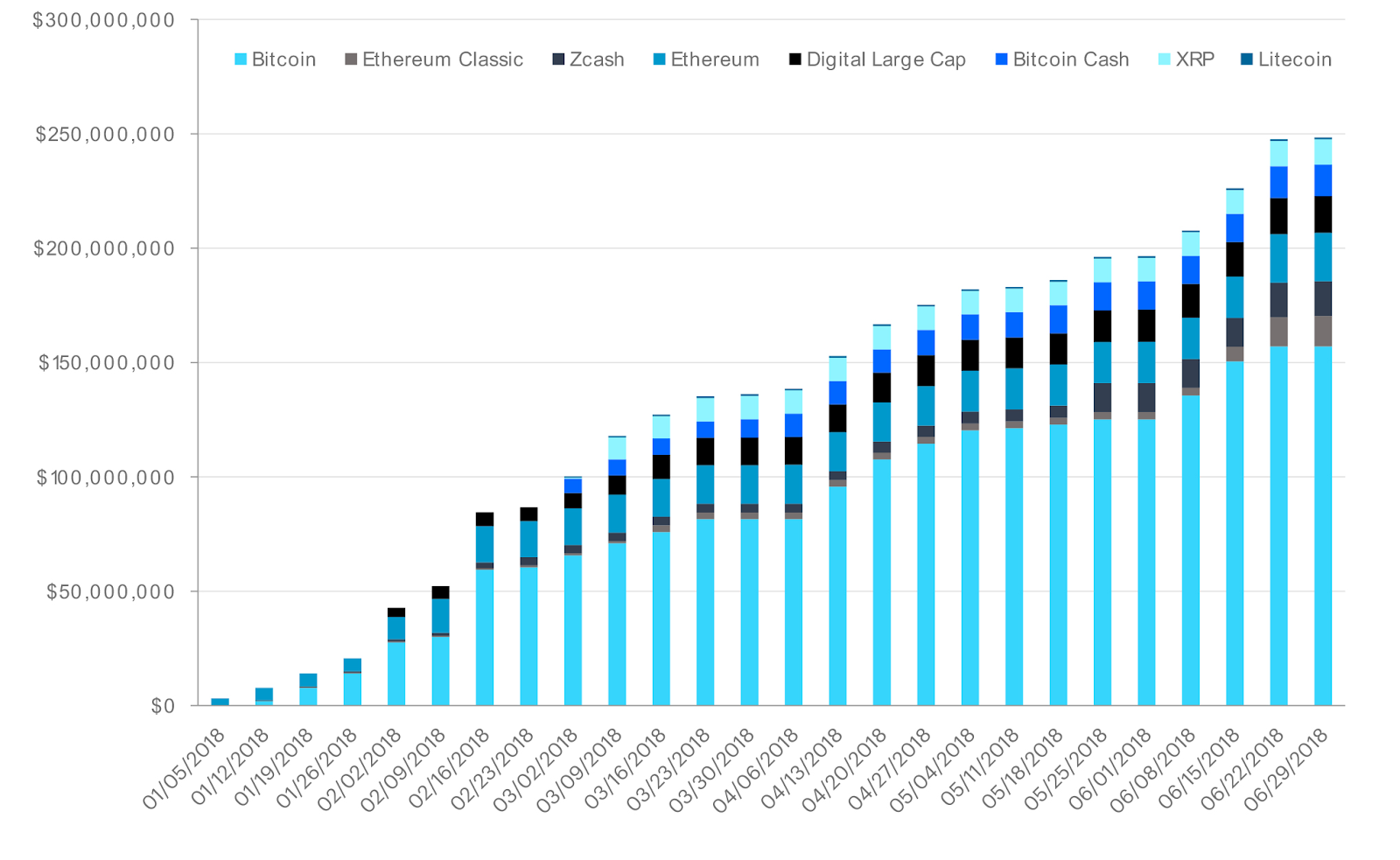 In addition to the institutional investors who occupy the lion’s share of Grayscale’s portfolio, their investor profile data shows that accredited individuals account for 20 percent, retirement accounts for 16 percent, and family offices for 8 percent.

Of these, roughly 64 percent of all new investments came from within the U.S., 26 percent from offshore investors (“e.g. Cayman-domiciled entities”), and 10 percent from other regions.

The average investment sum was $848,000 for institutional investors, $553,000 for family offices, $335,000 for retirement accounts, and $289,000 for individuals. The report qualifies these figures by noting the data is skewed by several “large, one-time outliers,” as well as sums that were broken up into multiple allocations over a series of days.

Grayscale’s report suggests that major investors potentially consider the year’s downturn as a prime moment to enter the crypto markets — moving in to “buy the dip” just as the  infrastructure to facilitate institutional entry is materializing.