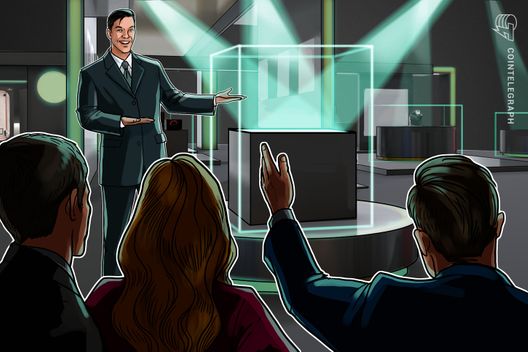 Coinbase has retracted its tokenized securities approval announcement, but could these listings be the norm for exchanges in the future?

Just days after claiming it had received authorization to list security tokens on its exchange, Coinbase has confirmed it had not had express permission to do so by the U.S. Securities and Exchange Commission (SEC).

The announcement has caused quite a stir in the cryptocurrency community, as the initial announcement was hailed as a boon to projects looking to launch Initial Coin Offerings (ICOs).

As of March 2018, the SEC requires cryptocurrency exchanges to register with the regulatory body before they are able to list tokens that are deemed to be securities.

The regulators are looking to provide a safer environment for consumers who want to trade cryptocurrencies, while creating guidelines for exchanges to operate as conventional exchanges.

Given that Coinbase is the largest exchange in the United States, its ability to list tokenized securities would have been a big move for certain cryptocurrencies.

The platform had provisionally planned to list Cardano (ADA), Basic Attention Token (BAT), Stellar Lumens (XLM), Zcash (ZEC), and 0x (ZRX) on the exchange, following a June announcement that it was planning to add Ethereum Classic and ERC-20 token support.

Coinbase is understood to have been given the go ahead by the SEC and the Financial Industry Regulatory Authority (FINRA) to buy out Keystone Capital Corporation, an equity and securities brokerage. That deal includes the acquisition of Venovate Marketplace Inc. and Digital Wealth LLC, which are a broker dealer and financial planning company respectively.

The move would supposedly allow Coinbase to list security tokens and to operate as a broker dealer, alternate trading platform and also as a registered investment adviser.

According to Bloomberg, the SEC did not give Coinbase direct approval to go ahead with the acquisition of the businesses — as it did not need to be involved in the decision. This was confirmed by Coinbase spokeswoman Rachael Horwitz:

“The SEC’s approval is not required for the change of control application. Coinbase has discussed aspects of its proposed operations, including the acquisition of the Keystone Entity, on an informal basis with several members of SEC staff.”

Nevertheless, what this could mean is that Coinbase jumped to the conclusion its acquisition of these brokerages would provide the necessary requirements to list tokens deemed to be securities on the exchange.

According to a post on Coinbase’s blog on June 6 by chief operating officer Asiff Hirji, the acquisition of these companies should pave the way for Coinbase’s listing of tokenized securities.

“This step forward is being made possible by our acquisition of a broker-dealer license (B-D), an alternative trading system license (ATS), and a registered investment advisor (RIA) license.”

Tokenized securities to become the norm?

Nevertheless, the debacle shines a light on what seems to be a progression toward the listing of tokenized securities on cryptocurrency exchanges in America.

Anthony Pompliano, founder and partner at Morgan Creek Digital Assets, told Cointelegraph that tokenized securities will provide a different type of stimulus to the cryptocurrency space.

As the SEC pointed out in recent hearings over the past few months, many ICOs are launching cryptocurrencies that meet the standards of a traditional security.

In February’s hearing in front of the U.S. senate, the SEC and Commodities and Futures Trading Commission (CFTC) promised to provide regulations that legitimized ICOs and fostered cryptocurrency growth, while protecting consumers from fraudulent projects.

This could inevitably cast a harsh spotlight on ICOs, which were producing tokens that fit the mold of a traditional security. This would put them under the regulatory control of the SEC.

Ethereum, the second largest cryptocurrency by market capitalization, was under a similar spotlight in recent months.

Nevertheless, as Pompliano pointed out, the onus is on cryptocurrency exchanges to do their due diligence when it comes to listing different tokens on their platforms.

“The SEC will eventually regulate which currencies qualify as security tokens and which do not. Regulated exchanges, like Coinbase, will avoid tokens that do not qualify under SEC guidance.”

Steinbeck believes that it is only a matter of time until Coinbase gets the go ahead to list those tokenized securities.

“I fully expect Coinbase to get approval to engage in broker dealer activities, including the sale of security tokens. Coinbase has positioned itself as the leading regulatory-compliant exchange in the U.S.”

In due time, we could very well see a number of cryptocurrency exchanges offering new tokenized securities on their platforms.

While Coinbase may well have to hold off the listing of newer tokens that fall under the jurisdiction of the SEC, the regulator is definitely taking steps toward making it a reality in the next few months.

“Tokenized securities are held to the same regulatory and legal standards as traditional securities. Exchanges, whether centralized or decentralized, will have to spend considerable time and energy to ensure they are compliant. These additional requirements should be seen as a positive, because — ultimately — they are a sign of market maturation.”

Steinbeck is of the belief that tokenized securities could lead to a swathe of big investors entering the cryptocurrency market.

“Security tokens will bring institutional money into the crypto market on a scale we have not experienced to date. Imagine all the IPOs moving from Nasdaq and coming to crypto. It's going to be a flood of money. The entire industry will benefit from this.”

With all things considered, it seems likely that more exchanges will follow in the footsteps of Coinbase and tick the right boxes to list tokenized securities lawfully. The only question is when this will happen, not if.