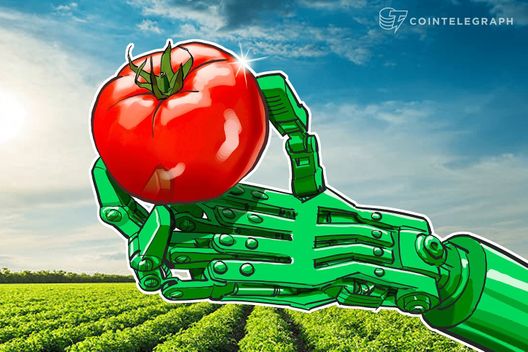 British pop star Peter Gabriel has invested in blockchain startup Provenance, according to a press release July 18. The amount of his investment has not been disclosed.

Provenance’s goal is to create better transparency in food transportation by applying blockchain technology. The company will use the funding from the former Genesis frontman to implement its blockchain-based application with over 1,000 food and beverage businesses by 2025. Gabriel remarked on Provenance’s mission:

“We need to be able to trust the source and distribution chain, particularly when it comes to guaranteeing that things are produced ethically and in an ecologically sound way. I am convinced that the service Provenance provides, using their blockchain data system, is going to find a big role going forward and will be of great use to the consumer and provide a level playing field for smaller, independent producers on which to compete with the big players.”

Provenance is also adding two members to its board of directors, the founder and managing partner of Merian Ventures, Alexsis de Raadt-St. James, will join as Chairperson of the Board of Directors, and Chemain Sanan, a Partner at Working Capital, will join as a Director.

Earlier today, the CEO of one of the investors in Provenance, Digital Currency Group, said he believes Bitcoin has “hit the bottom for the year.” CEO Barry Schubert said he “actually put some money into Bitcoin last week” adding that, “as an asset class it is here to stay … I’m 100 percent confident a decentralized, non-fiat form of money is here to stay.”