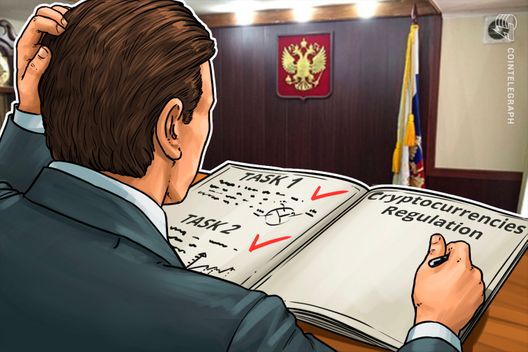 Crypto miners and holders in Russia will not face separate tax laws, according to the Chairman of the Russian State Duma Committee on Financial Markets, Anatoly Aksakov.

Cryptocurrency miners and holders in Russia will be regulated under the Internal Revenue Code, local news outlet Izvestiya reported July 18.

The Chairman of the Russian State Duma Committee on Financial Markets, Anatoly Aksakov, told Izvestiya that lawmakers are looking to pass the bill on digital financial assets, or cryptocurrencies, during the autumn session of the Duma.

According to Aksakov, the document will not include separate taxation schemes for cryptocurrency owners, meaning that mining and circulation of cryptocurrencies will be regulated under existing provisions of the Russian Tax Code.

Aksakov specified that individuals engaged in the circulation of virtual currencies will pay personal income tax, while legal entities will have to pay taxes in accordance with their type of business. He told Izvestiya that separate taxation schemes for mining and circulation of cryptocurrencies may appear in the future if the government finds it necessary. Aksakov added:

“If they want to determine [tax rates] for these types of businesses separately, they will. We are not addressing tax issues in any way so far.”

In May, the Russian State Duma’s Committee for Legislative Work announced that it will support the first reading of an initiative that will establish norms for the digital economy in the Russian Federation Civil Code. The initiative aims to “minimize the existing risks of using digital objects for transferring assets into an unregulated digital environment for legalization of criminal incomes, bankruptcy fraud or for sponsoring terrorist groups.”

Earlier this month, the CEO of Russia’s largest state bank Sberbank, Herman Gref said that state will retain its central role in money emission. Gref said he does not think that the state is ready “to yield its centralized role in emission of fiat currency to some other decentralized institutions.”