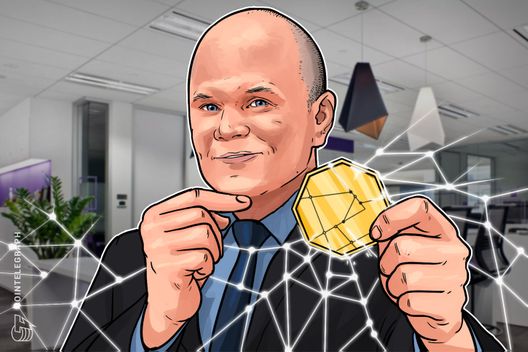 Mike Novogratz makes the bet that a “herd of institutions” will embrace crypto and blockchain “in the next two to three years.”

Speaking at the Beyond Blocks conference in South Korea, Novogratz, CEO and founder of crypto investment firm Galaxy Digital, still expressed confidence that many institutions will come into the industry “in the next two to three years,” claiming that “without that, we will be running in circles.”

However, the mass adoption of crypto and blockchain technology will come not earlier than in a half a decade, Novogratz added

“You won’t see mass adoption until the user experience does not feel like something new and that is still five to six years away.”

Novogratz explained that one of the major obstacles on the way to widespread adoption is the increasing “cost of technical talent” as well as the doubts of conventional investors, which are aggravated by “no clear precedent for the financial industry”:

The investment banker noted the importance of the due regulatory approach of the field by the government, as well as urged the mainstream public to get into blockchain and crypto, adding that it is not necessary for users to understand the tech in detail.

Ranked one of the richest people this year, Novogratz worked at Goldman Sachs and Fortress Investment Group before launching the Galaxy Digital crypto merchant bank in January 2018.

The investment banker is famous for predicting that Bitcoin (BTC) would skyrocket to as high as $10,000 by the end of 2017, while Ethereum (ETH) would close at $500. Instead, the top cryptocurrencies have gone twice as further, with BTC hitting as high as $20,000 in December of last year, and ETH above $1,300.

In May, Galaxy Digital partnered with Bloomberg in order to launch the Bloomberg Galaxy Crypto Index (BGCI).