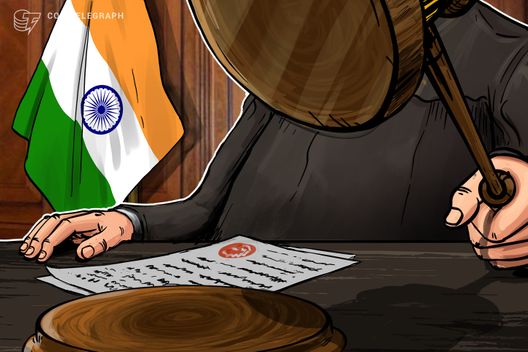 The final arguments in the Supreme Court regarding the Reserve Bank of India’s (RBI) crypto banking ban will be held in September.

The Supreme Court of India’s hearing on the central bank’s ban on crypto dealings, originally scheduled for July 20, has been moved to September, according to a July 19 Twitter post by a team of Indian lawyers involved in crypto regulatory analysis.

The Reserve Bank of India’s (RBI) crypto banking ban was implemented in early April of this year, and prohibits local banks from providing services to any person or business that deals with cryptocurrencies.

The July 19 tweet notes that the Supreme Court listened to “limited arguments” on the behalf of the Internet & Mobile Association of India (IAMAI) and RBI, but due to a “few others” not filing responses to petitions, the final arguments will be heard on September 11, 2018.

In mid-May, the Supreme Court had upheld RBI’s crypto dealings ban until the July hearing, in early July also ruling not to grant interim relief to those affected by the ban.

The deadline to implement the ban on dealing with crypto-related accounts expired July 5. Since then, Indian citizens have not been able to buy and sell crypto on exchanges, and crypto exchanges and companies cannot receive loans from banks in India.

Also in July, an anonymous source in the government reported that Indian regulators might treat cryptocurrency as a commodity rather than instituting a blanket ban.