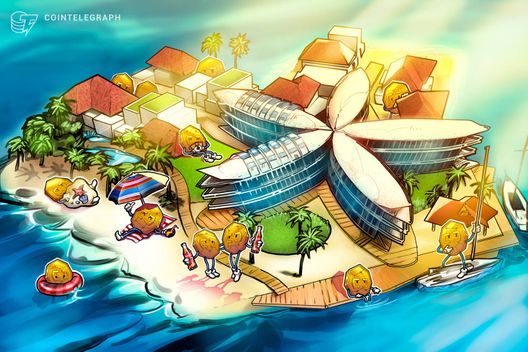 On July 17, IBM announced its involvement in a stablecoin project.

On July 17, IBM announced its involvement in a U.S. dollar-pegged stable coin project dubbed Stronghold. While the IT titan isn’t new to the world of crypto, stable coins have been attracting more mainstream players lately, and big league investments — from the likes of Andreessen Horowitz and Peter Thiel — have started pouring in. Here are the largest advancement made in this field in the past months, along with the reasons why it might have attracted such major investors.

What are stable coins and why do we need them?

Cointelegraph has previously covered the concept of stablecoins in depth. Essentially, stable coins aim to tackle volatility — one of the cryptocurrencies’ chief dilemmas — without compromising their core values ensured by blockchain: namely, decentralization and security — although they have not always succeeded in doing so, as it will be explained below.

As per its name, stable coins are designed to keep their price fixed, making them immune to manipulation trading. It could be argued that price stability will help to bring about the mass adoption of cryptocurrencies, as they are seeming more reliable and, therefore, attractive to major financial players. The recent IBM deal — along with other investments mentioned in this article — partly confirm that assumption.

On a smaller scale, stable coins allow casual investors to trade seamlessly, swiftly transferring money between crypto exchanges and bypassing conventional, time-consuming bank wire transfers — many cryptocurrency exchanges do not support fiat at all, making such stable coins an essential unit of account.

Moreover, stable cryptocurrency may be useful for countries with failing economies, where unstable sovereign currencies and high inflation rates imperil internal standards of living. While any cryptocurrency can potentially fulfill that role, stable coins are more useful for retail purposes due to their low — nearly nonexistent — volatility.

Three types of stable coins can be outlined, depending on the type of collateralization they entail.

Fiat-collateralized coins are pegged to sovereign currencies like the U.S. dollar (USD). Such stable coins are, arguably, the easiest and most common type to implement, as they function much like IOUs — informal documents that acknowledge a debt owed. Every token is paired with an equal amount of fiat currency, which is held by a central custodian. Holders are able to redeem their coins for the stable value denominated in fiat. Sometimes, such stable coins are pegged to natural resources: For instance, the stable coin Digix (DGX) is tethered with the price of 1 gram of 99.99 percent, LBMA-approved gold. Consequently, fiat-backed coins do not entail a trustless system — as it ultimately relies on custodians — and therefore cannot be considered a true cryptocurrency: rather, a crypto-fiat hybrid.

Non-collateralized tokens are the closest thing to decentralized cryptocurrencies. They rely on a smart contract-backed model, programmed to emulate a reserve bank. Essentially, it increases and decrease the supply of money so that the ultimate value would remain as close as possible to the value of a pegged asset — say, USD. The main downside of such stable coins is the reliance on a regularly growing user base since, otherwise, it would be impossible to maintain its market peg.

Tether (originally dubbed ‘Realcoin’) is a blockchain-powered token issued by Tether Limited, an alleged Hong Kong-based company that is affiliated with the owners of Bitfinex — one of the largest crypto exchanges in the world. It was first announced in July 2014, though the project was largely updated in 2017. Currently, Tether is the 10th largest cryptocurrency, with $2,703,694,156 worth of the cryptocurrency on the market, according to data obtained from coinmarketcap.com.

As with the overwhelming majority of stable coins, Tether’s main pitch is that each token (USDT) is backed by one U.S. dollar, meaning they would trade 1:1, which has been the case so far — however, the coin has attracted negative attention due to other reasons.

The dollars backing the tokens are stored in a bank account — at least as Tether claims. Infamously, Tether found itself in the midst of a scandal when it wouldn’t hold a third-party audit to prove that the firm has enough money to back their tokens. In late June 2018, it finally provided a document — although it turned out to be a memorandum completed by a law firm, not an audit performed by an auditing company.

Moreover, in December 2017, Tether became subject to a U.S. regulators’ investigation after receiving a subpoena. Allegedly, Tether and Bitfinex might have been involved in a major Bitcoin price manipulation case, as a Bloomberg report suggests.

Add in a $31 million hack that Tether experienced in November 2017 — although, its team managed to get control back, swiftly launching a hard fork — and it seems that, at this point, Tether has to come a long way to prove its legitimacy and effectiveness as a stable coin. Nevertheless, the concept of a stable coin itself lives on and continues to attract investors, as new coins emerge. This article will list most recent investments in such projects, while the general list of stable coins is, in fact, much more drawn out and includes such projects as Havven, DAI, bitCNY — tied to Chinese Yuan — among others.

Basis was launched in 2017 with the aim to provide a stable coin via automated operations, carried out by blockchain-based "algorithmic central bank,” meaning that its is non-collateralized — in other words, not backed by, but nonetheless pegged to, a fiat currency. Essentially, its concept revolves around the idea that central banks stabilize currencies’ prices but are prone to human mistake, while Basis is based solely on automatic mechanisms and, therefore, is allegedly more secure.

It is unknown when the token will be introduced to the market, as Basis’s CEO, Nader Al-Naji, has declined to disclose any detail.

TrustToken is a tokenization platform that has developed TrueUSD, a fiat-collateralized token (pegged to USD), which is similar to Tether in this sense. However, in an effort to increase transparency, TrustToken reserves are held in escrow accounts, which offer daily auditing and legal protection for holders. Moreover, the startup has been collaborating with law firms — Cooley and WilmerHale — to develop a legal framework for TrueUSD, meaning that Tether’s infamy is less likely to haunt it.

In May, TrueUSD was listed on Binance — the world’s largest cryptocurrency platform — albeit with a minor setback: At one point, the token was trading for $1.40, which is a significant inaccuracy for a fiat-based stable coin.

Still, TrustToken has managed to attract even more capital from big-name investors: In June, it raised an additional $20 million in a strategic funding round, featuring BlockTower Capital, Andreessen Horowitz, Danhua Capital, GGV Capital and others. Moreover, the token has been listed on Coinlist, meaning that it is ready to collect public funding from accredited investors and continue reinforcing its reserves.

Stronghold: IBM gets into the stable coin game

IBM is not new to the crypto industry. The IT giant has previously teamed up with the Stellar startup to use blockchain for improving efficiency of supply chains and cross-border payments. This time, IBM is backing the Stronghold stable coin, also powered by the Stellar blockchain network. Trading at a 1:1 price ratio with the U.S. dollar, it was launched on July 18.

Similar to Tether and TrueUSD, Stronghold is fiat collateralized, meaning that the price stability is ensured by fiat-backed funds. Only, in this case, the stable coin is federally insured by trust company named Prime Trust, which reportedly has agreements with banks insured by the Federal Deposit Insurance Corporation (FDIC), implying both improved security and centralization.

IBM’s Bridget van Kralingen — the senior vice president of global industries, platforms and blockchain — explained to Fortune that the new project represented an opportunity to simplify the firm’s existing cross-border blockchain payments efforts. Until Stronghold was released, IBM had been converting between various fiat currencies, using Stellar’s native token — Lumens (XLM) — as a bridge between them. The system was therefore exposed to both variable intra-fiat exchange rates and the notorious volatility of the crypto market. The stable coin — used as a frictionless, digital proxy for fiat — is now going to remove those obstacles and improve overall costs, Van Kralingen argued.

Additionally, Van Kralingen mentioned that IBM’s blockchain integration might potentially be used for stable coin projects pegged to national fiat currencies other than the U.S. dollar.

In June, news about another smart contracts-based stable coin emerged. A new project called Reserve has reportedly received backing from players as big as Peter Thiel, Coinbase, Distributed Global, GSR.IO and 40 other participants. Although the collecting round gathered a ‘modest’ total of $5 million, Reserve co-founder Nevin Freeman told Cointelegraph that the funding was intentionally kept “small,” with the round focusing on partnership-building, rather than amassing capital.

Thus, Reserve works “by locking up other crypto assets in a smart contract in order to provide backing to the Reserve token and stabilize its price,” as per its press release.
Freeman has explained how the Reserve protocol differs from other stable coin crypto projects, emphasizing its focus on the non-collateralized model:

"The key piece of the Reserve approach is to use crypto assets from outside of our own ecosystem to maintain a peg, especially at the start. The problem with supporting a peg via crypto assets that are all within a stable coin's smart contracts is that loss in confidence in that particular stablecoin can spiral out of control. We've worked hard to make that as unlikely as we can."

Notably, Reserve has seemingly put an emphasis on compliance, as it has sought an advising relationship with a financial services consultancy that is lead by a former Securities and Exchange Commission (SEC) Commissioner and that also includes former officials from other major U.S. regulators — including the CFTC, Federal Reserve, OCC, and Treasury Department.

In May, Boston-based Circle Internet Financial Ltd., a digital currency products developer, closed a $110 million fundraising round, spearheaded by mining hardware giant Bitmain. The two collaborated in a project dubbed Circle USD Coin, or USDC, with the purpose of developing a stable token backed by U.S. dollars. However, unlike many other similar projects in the works, this one has a release date, although quite an abstract one: summer 2018. Technically, USDC will be an ERC-20 token based on the Ethereum network, while the backing fiat is going to be stored in an auditable bank account.

What else distinguishes USDC from a plethora of other stable coins is that it has the privilege of enjoying a jump start: Circle, which has seven million users, is looking to integrate USDC in its Circle Pay payment app as well as in Circle Trade, a crypto OTC desk and liquidity provider. The company also plans to offer USDC on its cryptocurrency exchange Poloniex. Co-founder Sean Neville said that Circle hasn’t yet decided whether it will charge fees for traders using USDC, as the primary purpose is to increase its circulation.