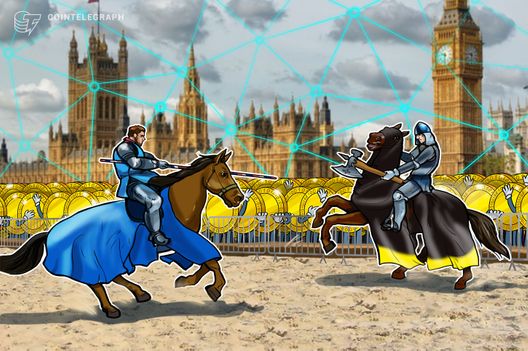 The U.K. Law Commission will review legal frameworks to ensure that British courts remain a “competitive” choice for businesses that use smart contracts. The announcement was made in the Commission’s 2018 report released July 19.

The Law Commission was established in 1965 with the main tasks of monitoring the laws of the U.K. and recommending reforms.

According to the Commission, smart contract protocols presage an era of trustless and more efficient business transactions that compels lawmakers to ensure that existing frameworks have the necessary flexibility and clarity to keep pace with innovation.

Initial research into the matter is reportedly due to begin this summer, after the body concluded there to be “a compelling case for a Law Commission scoping study” to highlight areas for clarification and potential reform.

As a Cointelegraph expert take has outlined, smart contracts are increasingly being recognized as a major disruptive force to the legal sphere. The immutable, time-stamped data generated on a blockchain provides an auditable trail with which smart contracts interact according to binding, pre-specified rules -- spawning the crypto adage, ‘code is law.’

The U.K. has taken stock of blockchain’s wide-reaching potential, with members of parliament recently calling on the government to make the new technology a priority. Matt Hancock, a Conservative  Party MP, has predicted the “monumental impact” blockchain will have across “vast areas of public life,” including the legal system.

This July, a fresh report indicated that the U.K. has the potential to become a ‘leader’ in blockchain technology and the crypto economy by 2022, noting that over £500 million in investments were made into British blockchain companies in 2017-2018.