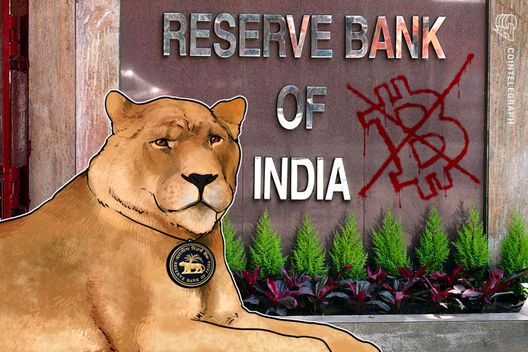 The Reserve Bank of India has urged the Supreme Court to regulate crypto, following the postponement of a hearing on the bank’s crypto dealings ban.

In April of this year, the RBI announced it will stop providing services to businesses or persons dealing with cryptocurrencies, citing high risks.

The RBI’s senior advocate Shyam Divan told a bench led by Chief Justice Dipak Misra that it is necessary to regulate Bitcoin (BTC) and other cryptocurrencies since these “particular means” will “encourage illegal transactions.”

Divan also pointed out that the issue has “immense policy dimensions,” attesting that crypto has the potential to impact global money flows.

The senior advocate explained that an interdisciplinary committee headed by secretary of economic affairs, Subhash Garg, set up in 2017 in order to develop the regulatory framework for cryptocurrencies, is examining the issue. The RBI will require three weeks to respond to multiple petitions on the regulations.

On July 19, the Supreme Court reportedly postponed the final hearing on the RBI’s ban on crypto dealings —  originally scheduled for July 20 — to September 11.

The April crypto-dealing ban received backlash from the Indian crypto community, including an online petition to reverse the ban that garnered over 44,000 signatures. In May, India’s Supreme Court decided not to grant an interim injunction against the RBI ban sought by eleven crypto-related businesses.

Also in May, India’s Supreme Court ordered that no petitions can be filed in any Indian High Court against the RBI decision to ban crypto dealings. On July 5, the RBI’s three month deadline for businesses to withdraw from crypto came to an end, meaning that the ban has fully entered into force.

On July 12, an anonymous source in the Indian government reported that authorities may plan on classifying cryptocurrencies as commodities, instead of implementing a blanket crypto ban.