Bitcoin (BTC) continues to build on recent gains, pushing $7,750, while most major altcoins are seeing losses of between 1 and 5 percent on the day.

July 23: Following a major upswing that kicked off on July 16, Bitcoin (BTC)’s price performance has diverged from other top cryptocurrencies. As Coin360 data shows, the top coin continues to build on its recent gains, while most major alts are struggling to maintain positive momentum.

Bitcoin (BTC) is trading around $7,740, up 3.17 percent over the 24 hour period at press time. The leading cryptocurrency has been gradually inching towards an ever higher price point all week, consolidating growth following sharp spikes on both July 16 and July 17.

Today, BTC dominance by market capitalization in the total crypto market posted its highest level yet in 2018, passing 46 percent, a threshold last seen December 22, 2017, when the coin was trading just below all-time highs of around $20,000. 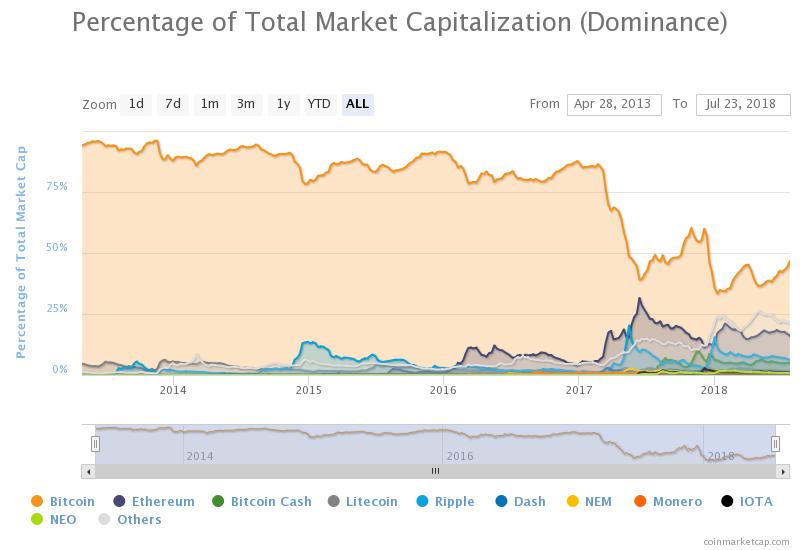 Bitcoin’s weekly and monthly gains are in positive territory, at about 15.8 and 24 percent respectively. 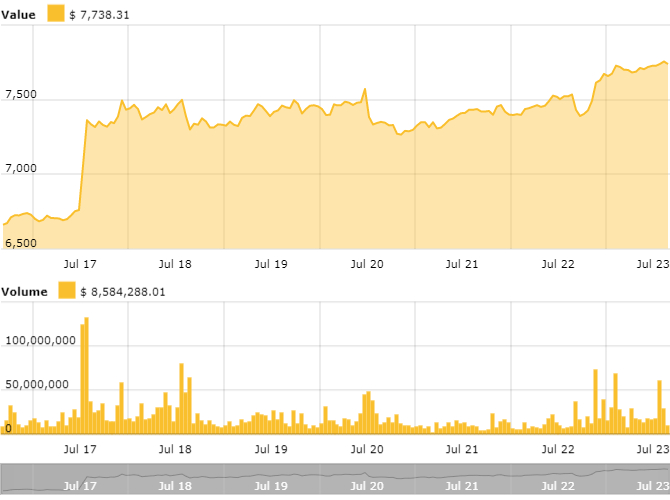 Ethereum (ETH) has failed to hold its recent gains, with the top altcoin trading around $452 at press time, down 2.55 percent over the 24 hour period. After an intra-weekly high of $510 on July 18, the asset’s subsequent downturn saw it trading as low as $444 by July 20, before reclaiming some ground to its current levels. Ethereum has now lost 5.66 percent on the week, 6.42 percent on the month. 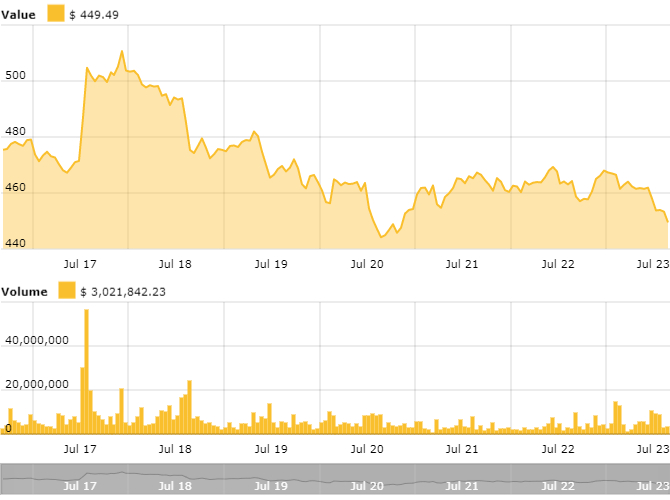 On CoinMarketCap’s listings, all of the top 10 coins by market cap, except for Bitcoin, are seeing losses of between 1 and 5 percent over the 24 hour period at press time.

IOTA (MIOTA) has lost 3.7 percent on the day, trading at roughly $0.95 at press time, according to CoinMarketCap. Cardano (ADA) has lost just shy of 3.68 percent and is trading around $0.16 over the past 24 hours to press time.

Of the top 20 ranked coins on CoinMarketCap, anonymity-oriented altcoin Monero (XMR) is the strongest performer, up 4.24 percent and trading around $135 at press time. Peaking at $148 July 18, the coin saw a subsequent decline to $127 July 21, and traded sideways until today’s strong upswing. 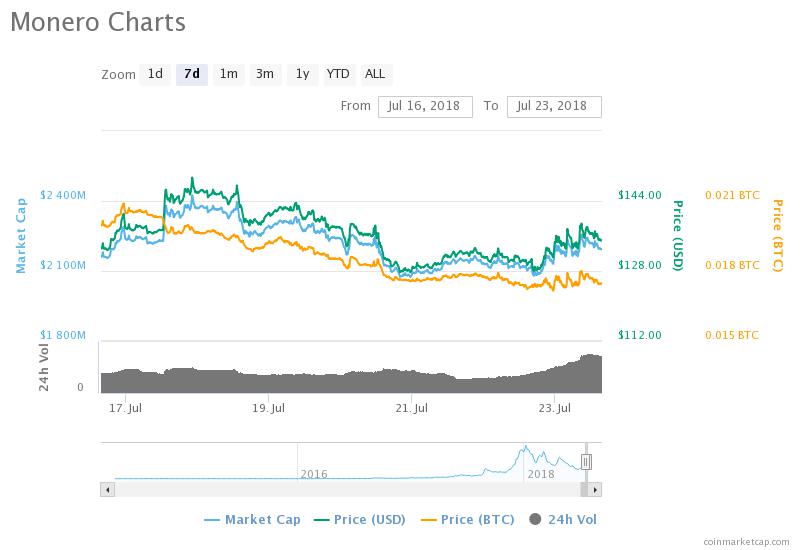 Total market capitalization of all cryptocurrencies is around $284 billion at press time, down from its intra-weekly high of around $299 billion. 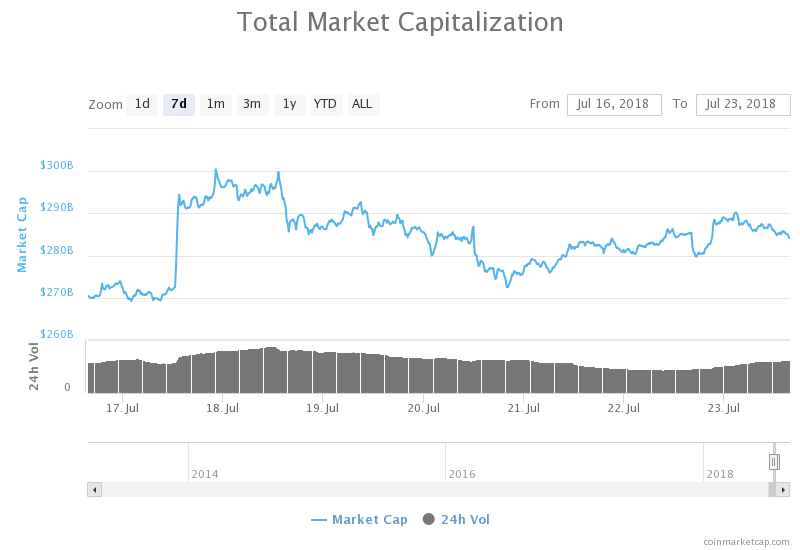 Earlier today, the Cointelegraph reported on significant remarks from former vice president of North American investment banking at JPMorgan Chase, who suggested that blockchain “may be the key to avoiding the next global financial crisis."

China, which upholds its hardline stance towards decentralized crypto assets, has seen a wave of positive blockchain-related news. Today, Nanjing, the capital of China's Jiangsu province, launched a $1.48 billion blockchain investment fund to foster the development of the token economy and public blockchain projects, as well as the country’s three major telecoms operators launching a blockchain research group

A positive view of blockchain with more circumspection towards cryptocurrencies was shared by the G20’s Finance Ministers & Central Bank Governors (FATF) group at a meeting this weekend. FATF postponed making hasty regulatory recommendations for crypto assets until October, after earlier suggestions that it would move to advocate “very specific” measures for the emerging sphere.