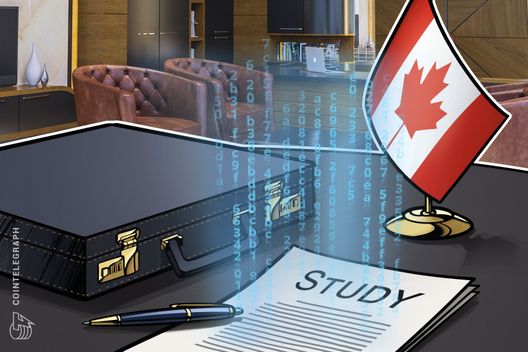 A Bank of Canada report says that 58% of Canadians use Bitcoin for investment purposes, while only 6 percent use it for payment.

Canadian citizens used Bitcoin (BTC) mainly for investment purposes in 2017, according to a study by the Bank of Canada (BoC) published July 23.

The study is an update to the results of the Bitcoin Omnibus Survey (BTCOS) conducted by Canada’s central bank within a short period between December 12 to 15, 2017, a few days before Bitcoin reached its all-time high of 20,000 on December 17.

According to the survey results, Canadians have mainly used the major cryptocurrency for investment purposes in 2017, rather than for transactions, which previously had been cited as the main reason for dealing with Bitcoin in 2016.

While 58 percent of respondents claimed that the driving motivation was “as an investment,” 12 percent of Canadian Bitcoin holders reportedly use BTC because “My friends own Bitcoin,” 7 percent due to an interest in new technologies, and 6 percent for buying goods and services on the Internet.

Among non-transactors, those who used Bitcoin “once or twice, but not on a regular basis,” the vast majority — 77 percent — responded they hold BTC as an investment.

The citizens of British Columbia report the highest level of awareness of Bitcoin, with a reported growth from 77 percent in 2016 to 93 in 2017. Prairies is ranked second in Canadian provinces in terms of BTC awareness, with Ontario in third place, according to the study.

Canada’s provincial financial regulator, the Ontario Securities Commission (OSC), had published a report at the end of June finding that only three percent of Ontarians have successfully completed a short test on Bitcoin’s basics, while 34 percent demonstrated average knowledge.

Earlier in June, Bank of Canada executive James Chapman claimed that cryptocurrencies pose no risks to the fiat money system, stating that the only can be a threat in a case of “hyperinflation.”