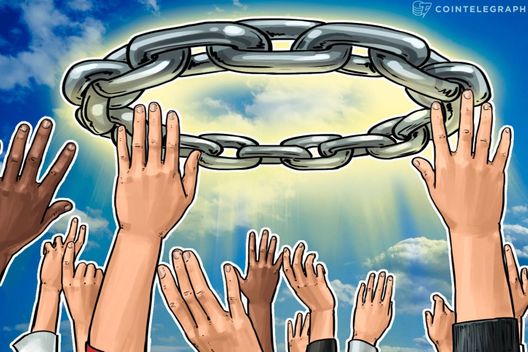 Google is joining the list of tech giants to deploy blockchain technology to offer customers fintech and cloud service solutions, according to an official statement Monday, July 23.

Digital Asset is a supplier of distributed ledger software for the fintech industry, while BlockApps offers a blockchain platform to launch decentralized apps (DApps).

In the statement “Building a better cloud with our partners at Next ‘18,” ahead of Google’s Cloud Next '18 conference, the company specified that later on this year, customers will be able to test out open-source integrations for Hyperledger Fabric and Ethereum (ETH) protocols in the GCP Marketplace service.

Digital Asset CEO Blythe Masters noted that that the upcoming solution would “reduce the technical barriers to DLT application development,” according to a Computerworld report July 23.

With the new partnerships, Google joins other high-profile tech companies with blockchain-as-a-service (BaaS) offerings, such as Microsoft, IBM, and Oracle Amazon Web Services (AWS), which introduced its blockchain platform for DApps in April 2018.

In March, Google announced it would start blocking crypto-related ads of all sorts in June 2018, following the move of Facebook social media giant, which recently reversed the ban on cryptocurrency ads.

On July 8, Google co-founder Sergey Brin revealed that he is Ethereum miner. Speaking at the Blockchain Summit in Morocco Brin said that mining Ethereum was a “side hustle,” and that cryptocurrencies are “mind-boggling.”