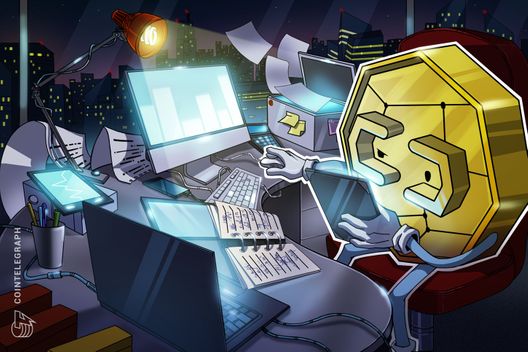 Frequently asked questions answered about the magic of crypto prices.

How do cryptocurrency prices compare to fiat currencies?

Neither is backed by a commodity like gold or anything with an underlying value.

The biggest difference between cryptocurrency values and fiat money is that fiat currencies are backed by central governments and declared as legal tender. Its value is basically derived from the fact that the central government has stated that it has value and two parties in a transaction put their trust in that value.

Most countries today operate in a fiat currency system, where central banks and monetary reserves control the supply of money and, as such, indirectly control inflation.

Cryptocurrencies, on the other hand, are not controlled by a central government or authority, and most regions do not accept them as legal tender. Cryptocurrencies will also generally have a fixed supply and, therefore, the devaluation of cryptocurrencies through inflation is mostly nonexistent.

Other than that, both fiat and cryptocurrency values are supported by similar characteristics. Both methods can be used as a medium of exchange to buy products and services, and both methods have a relative store of value.

Why do we see so much fluctuation in cryptocurrency prices?

The cryptocurrency market is still considered very new and, beyond hearing the term “cryptocurrency,” most people are still very much unfamiliar with the industry.

Nascent markets have a number of qualities that make them inherently volatile.

Limited liquidity exists within the market if you compare it to more established markets like traditional economies, including the foreign exchange market. To put it into perspective, the total value of all the money in the world is more than $90 trillion, while the total cryptocurrency market cap is hovering around $250 billion — a 36,000 percent difference. 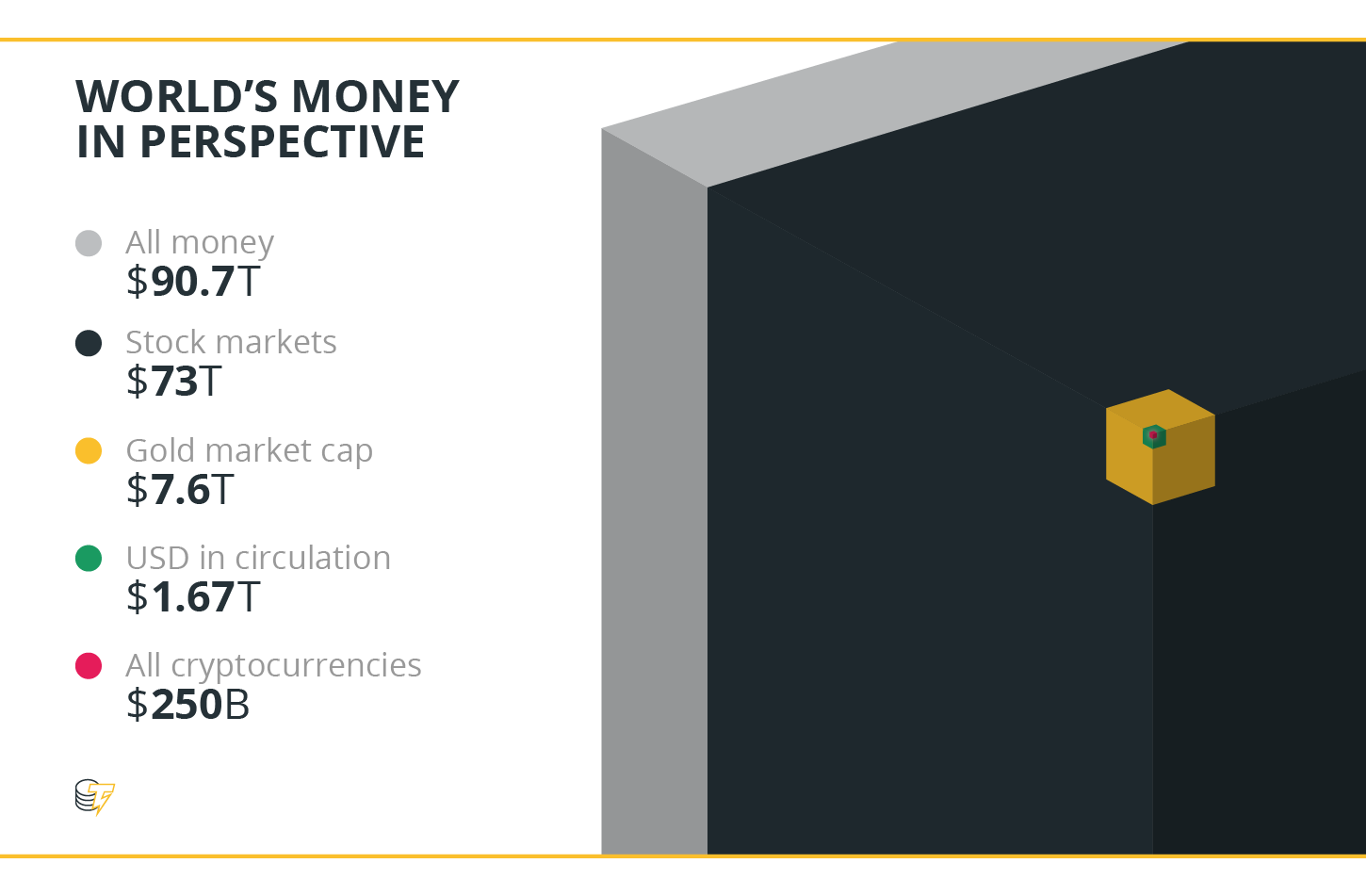 All this points to a very thin market that naturally moves very quickly and thus increases the volatility of cryptocurrency prices.

A large number of new adopters are also joining the market every single day. At the beginning of 2018, cryptocurrency exchanges reported that they were adding 100,000 new users every day. Many of these members will have significant vested interest in the price of cryptocurrencies going either up or down, which adds to the disruptive nature of the market and further increases volatility.

Finally, price manipulation can be rife in nascent markets. Central exchanges control most of the flow of cryptocurrencies, giving them a lot of incentive to grow their revenue by artificially manipulating crypto prices. One way they can do this is by manipulating the price feeds displayed on exchanges, prompting traders to either buy or sell.

The effect of this type of manipulation is compounded if you throw in thousands of new market participants who can be easily taken advantage of. In addition, price manipulations can be hard to prove and control in unregulated markets.

Central exchanges also provide a single point of failure. They manage and store large sums of crypto, which means if they get hacked, it can have a significant effect on the price of cryptocurrencies.

What are the biggest determinants of cryptocurrency prices?

Supply and demand is the most important determinant of cryptocurrency prices.

This is a basic economic principle. If a cryptocurrency has a high token supply with little demand from traders and users, then the cryptocurrency’s value will drop. Conversely, if the supply of a particular cryptocurrency is limited and the demand is high, then the value of the coin will increase. 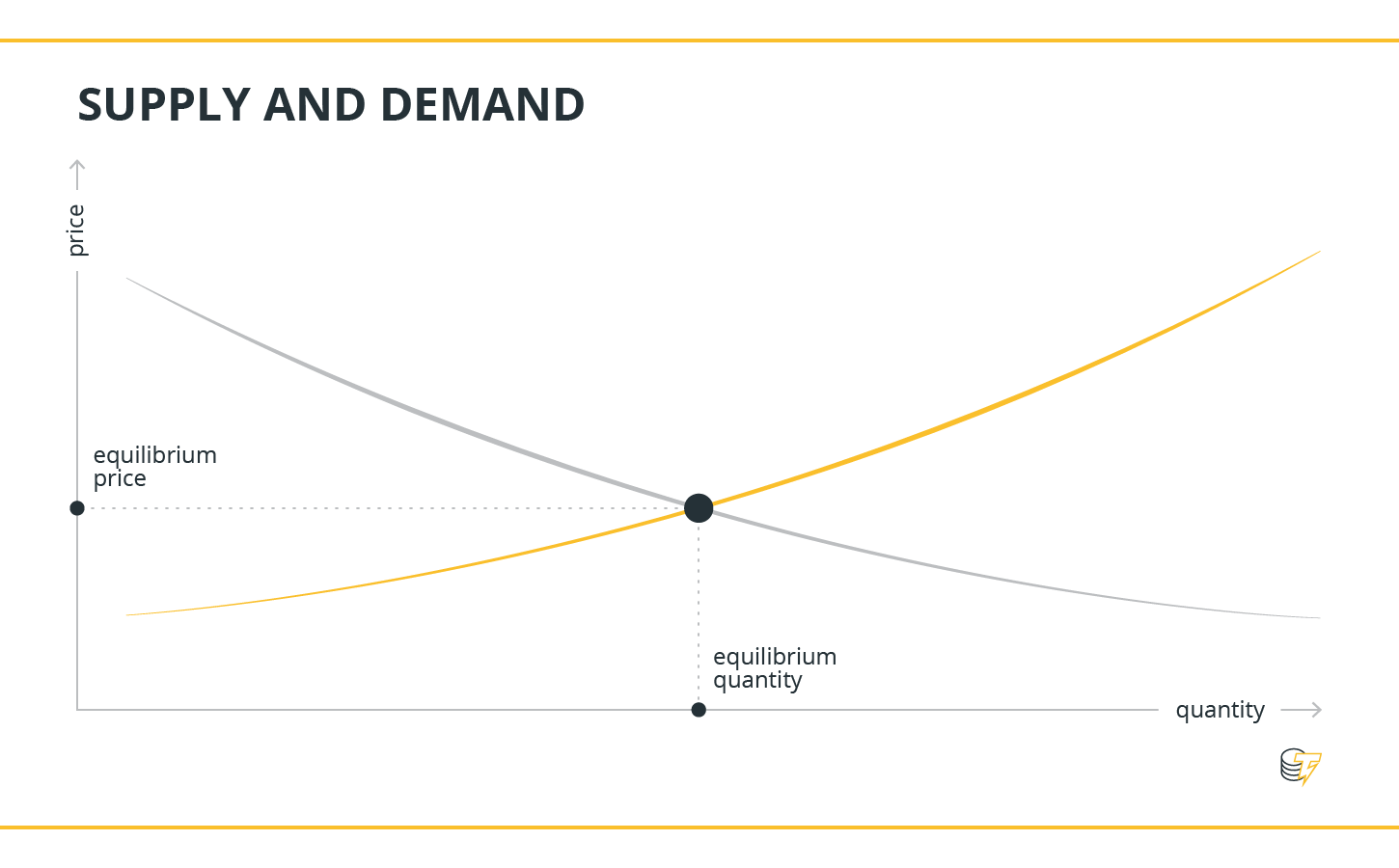 This is linked to the scarcity element that drives up prices and is one of the factors that saw the price of Bitcoin climb to its highest levels. The supply of Bitcoin is capped at 21 million BTC — which is relatively low compared to other tokens — while the demand has soared in recent years.

The media or public sentiment also has a big influence over the price of cryptocurrencies. If a token or platform gets some negative publicity, you would generally see the price of that coin take a dip. While, if the same coin were to get high profile support and good media coverage, the price would almost certainly increase. This means prices are heavily influenced by human emotion and hype.

Other factors that have a big bearing on the price include the level of token utility — i.e., how useful is the token — and the underlying blockchain platform in solving a real-world problem, while the mining difficulty of proof-of-work (PoW) tokens could also dictate the value — i.e., a higher mining difficulty would mean it is more difficult to increase the supply of the coin and cause upward pressure on the price when demand is high.

How have cryptocurrency prices changed over the past 18 months?

Tracking the price of Bitcoin gives us a good indication of the overall cryptocurrency market in the past 18 months.

Bitcoin started 2017 at under $1,000 and took a dip when China announced investigations into cryptocurrency exchanges in the country. At that point, the majority of Bitcoin trading took place in China, and the price of Bitcoin dropped to lows of around $775, while the overall cryptocurrency market cap stood at close to $15 billion.

Bitcoin made a slight recovery to well over $1,000 but by March 2017, dropped back down to below $1,000 when the SEC denied the go-ahead for a Bitcoin ETF. The overall market cap dropped $5 billion in two days.

In April 2017, Japan declared Bitcoin legal currency, which saw the price jump back up over $1,000. The total cryptocurrency market cap stood at around $26 billion at that stage.

The effects were short-lived and, by the end of August 2017, Bitcoin recovered to almost $5,000 and the overall cryptocurrency market cap came close to $170 billion.

But then, on Sept. 4, China famously banned ICOs. The move, however, caused far less of a correction than was expected. Bitcoin did drop to around $3,300 by mid-September 2017 but quickly recovered and, by the end of September 2017, it reached well over $4,000. The cryptocurrency market cap was just below $150 billion at this point. 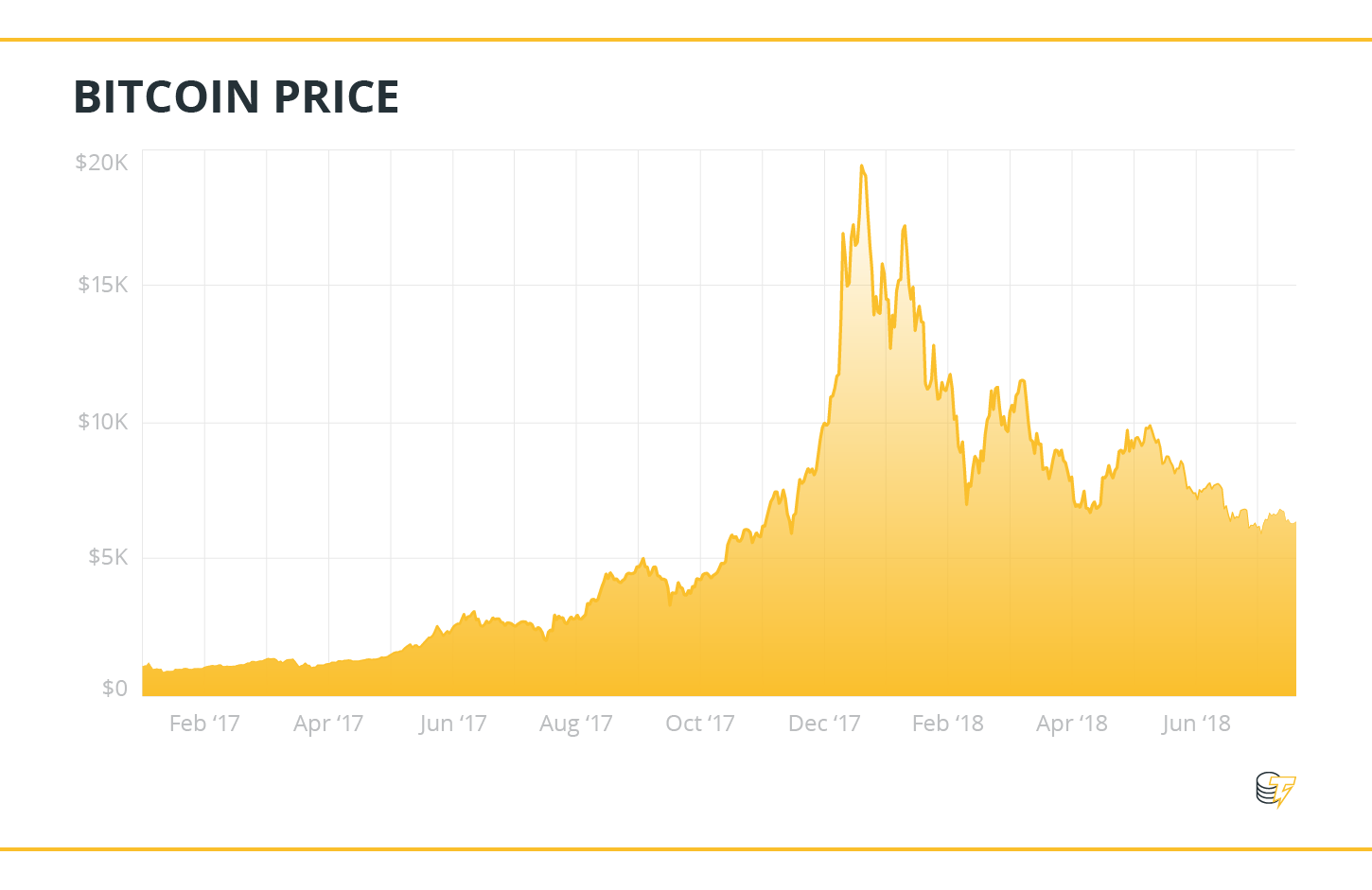 In February 2018, we saw Bitcoin push back up past $11,000 and the overall market cap recovering to around $500 billion — after reaching lows of around $300 billion earlier in the month.

Since then, amid talks of increased regulation across the various markets, and other bumps — such as Google banning crypto ads — the price of Bitcoin has been on a steady downward trend, despite occasional, short-lived recoveries. As of the beginning of July 2018, Bitcoin is hovering around the $6,000 mark, with the total cryptocurrency market cap holding steady at around $250 billion.

How accurate are cryptocurrency price predictions?

Like with traditional markets, there are no guarantees when it comes to future price predictions for the cryptocurrency market.

Those who have attempted price predictions for 2018 — and beyond — border on the extreme from both sides of the scale.

Others are sticking to more modest, but still relevantly high price predictions, including ex-JP Morgan chief U.S. equity strategist and current managing partner at Fundstrat, Tom Lee, who predicted a price of $25,000 by the end of 2018 and $125,000 by 2022.

Robert Sluymer, also from Fundstrat, put Bitcoin at not much higher than $7,000. Llew Claasen, executive director at Bitcoin Foundation, said Bitcoin will hit $40,000 during 2018.

On the other side of the scale, you have partial to complete market collapse predictions. Boutique investment bank GP Bullhound predicts a 90 percent market crash within the year, while Harvard professor and ex-IMF chief Kenneth Rogoff predicted that Bitcoin will shrink to $100. Roy Sebag, CEO of GoldMoney Inc., said Bitcoin will be worth $0 in the future.

It is quite clear that cryptocurrency price predictions should be taken with a grain of salt, but there are factors to look out for that will almost certainly have a bearing on the future price of Bitcoin and the wider cryptocurrency market. This includes: