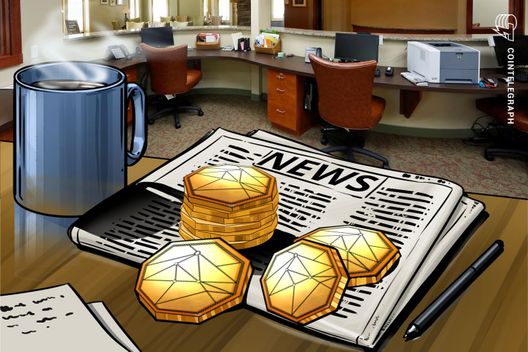 MetaMask, an Ethereum network browser extension, got pulled from the Google Chrome Web Store for 5 hours for currently unknown reasons.

MetaMask, a browser extension for interacting with the Ethereum network, was pulled from the Google Chrome Web Store, it announced in a tweet Wednesday, July 25. The app has since been listed again, the company confirmed in a post five hours later.

MetaMask is one of the oldest and widely used decentralized apps (DApps) on the Ethereum network, serving as an important gateway for the network’s users.

According to MetaMask’s official Twitter account, the company is “unsure” of the reasons for Google Chrome’s decision to temporarily delist its extension from the store:

“PSA: MetaMask has been delisted from the Chrome Web Store. We are unsure of why this is the case and we will update everyone as we get more information. All other browsers are unaffected.”

The company stated that users who already have the extension installed on their Chrome browsers “should be unaffected” in the short term, but new installs would be unavailable for some time.

While the app was delisted, Augur, an Ethereum-based prediction market protocol, tweeted a warning to its users to not download the MetaMask extension that was actually present in Google Chrome’s store, as it was a fake, phishing application. 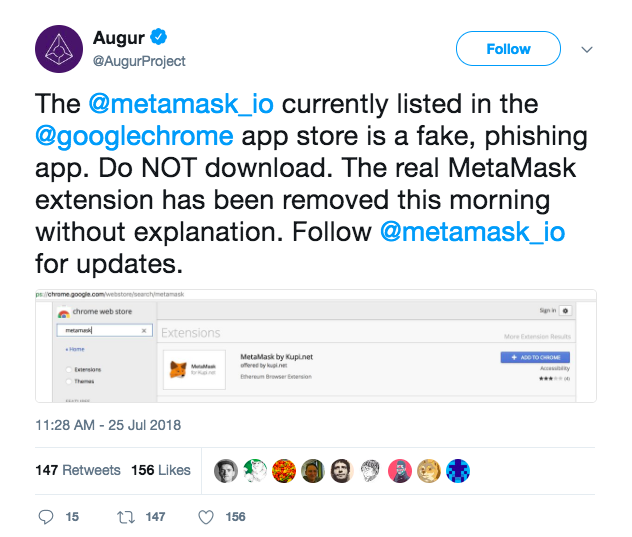 Following the app’s reappearance in Chrome’s store, MetaMask urged its followers to stay tuned for a “formal retrospective” of the event:

“PSA2: We are back on the chrome webstore. Stay tuned for a formal retrospective from the team.”