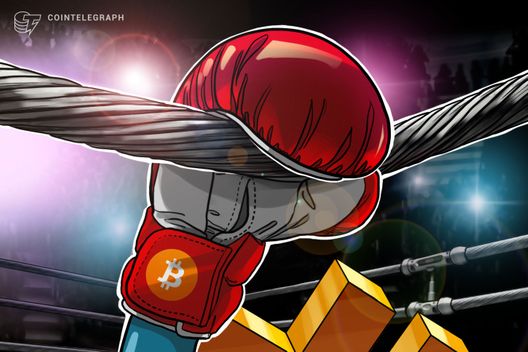 On July 26, the SEC rejected the Winklevoss brothers’ application for a Bitcoin ETF.

On July 26, the U.S. Securities and Exchange Commission (SEC) scrapped the application for a Bitcoin exchange-traded fund (ETF) run by brothers Tyler and Cameron Winklevoss. While the market took the news negatively and the price of BTC crumbled — though it jumped back to the green within 24 hours — the ETF case is far from being closed: As soon as September, the SEC will face another wave of similar proposals from a number of actors.

What’s an ETF (and a Bitcoin ETF)?

Cointelegraph has previously covered the nature of ETFs in a separate article. In short, an ETF is a kind of investment fund that is tied to the price of an underlying asset — a commodity, an index, bonds, or a basket of assets — like an index fund and is traded on exchanges, available to both retail and institutional investors.

A Bitcoin ETF, in turn, tracks Bitcoin (BTC) as the underlying asset. It is an indirect way of purchasing BTC, where the investor only holds the corresponding security without having to store the actual coins. One of the key aspects of a Bitcoin ETF is that, if listed on a regulated U.S. exchange, it could pave the way for large mainstream investors, potentially pushing Bitcoin toward mass adoption and broader recognition on Wall Street.

The Winklevoss twins’ self-titled fund, the Winklevoss Bitcoin Trust, was submitted to the SEC to be listed on Bats BZX Exchange (BZX) as COIN, an ETF “that can track the price of Bitcoin because its only asset will be Bitcoin,” as per its website. Shares of COIN would represent fractional ownership of the fund’s total Bitcoin holdings.

The SEC explained its decision in a 92-page report released on Thursday. Essentially, the agency wasn’t convinced in the Winklevoss’ plea that Bitcoin markets are “inherently resistant to manipulation.” The rejecting paper read:

“The arguments submitted in support of this claim are incomplete and inconsistent, and are unsupported or contradicted by data.”

The Winklevoss twins have been nurturing the idea of a Bitcoin ETF for quite a while now — they first tried registering their fund with the SEC back in 2013. It took the watchdog four years to come up with a decision: In March 2017, the agency denied the application based on concerns “that significant markets for Bitcoin are unregulated.” The Winklevoss side then hastily filed a petition asking for a Commission Review of the disapproval, which the SEC eventually granted — technically, the agency’s recent decision is a response to that petition.

However, it doesn’t necessarily mean that the SEC will continue exercising a hardline approach in the future — after all, the Thursday decision wasn’t unanimous, as the rejection came in after a 3-1 vote.

SEC Commissioner Hester M. Peirce’s statement of official dissent was published soon after the hearing. In it, she opined that the agency’s move “sends a strong signal that innovation is unwelcome in our markets, a signal that may have effects far beyond the fate of Bitcoin ETPs [Exchange Traded Products].” Thus, the main dilemma regarding Bitcoin ETFs revolves around the SEC’s role in the market. While the agency stressed that their rejection did not attempt to assess whether cryptocurrencies or blockchain technology “[have] utility or value as an innovation or an investment,” that’s exactly what Commissioner Peirce deemed the ultimate decision to be. In her speech, she claimed that the agency overstepped “its limited role” because it focused on the nature of the underlying Bitcoin market instead of the derivative itself:

“The Commission erroneously reads[…] the [Securities Exchange] Act, which requires[…] that the rules of a national securities exchange be ‘designed to prevent fraudulent and manipulative acts and practices…’ [It] focuses its decision not on the ETP shares to be listed […] but on the underlying Bitcoin spot market[…] [instead of] the ability of BZX[…] to surveil trading of and to deter manipulation in the ETP shares listed and traded on BZX.”

The market felt the SEC’s skepticism

The SEC’s decision promoted a bearish trend on the market, as the price of BTC fell by as much as 3.6 percent to approximately $7,850 soon after the news emerged, although it was quick to bounce back to the green to trade around the familiar $8200 at press time.

More ETFs are to be reviewed by the SEC

The Winklevoss brothers are not the only ones trying to pioneer crypto-based ETFs in the U.S. In January 2018, there were at least 14 “different Bitcoin ETFs or related products” pending with the SEC, according to Reuters data. However, they were all soon withdrawn at the request of the SEC, citing the agency’s concerns regarding “liquidity and valuation.” Nevertheless, those were not necessarily the exact same product. For instance, while the Winklevoss Fund hoped to entail direct investments in Bitcoin, a number of other funds focused on Bitcoin futures contracts. Given the fact that they have been listed on major regulated U.S. exchanges like Cboe Global Markets and CME (prompting the price of BTC to soar when launched in December 2017), they seem to constitute a more stable base for ETFs than the virtual currency spot market per se, which is yet to get a definite greenlight from U.S. regulators.

The closest ETF to the SEC’s overview is the Bitcoin ETF powered by investment firm VanEck and financial service company SolidX, which applied to the SEC in June, as per its press release. Both companies have tried registering separate ETF previously but found no luck. They hope to list the new ETF on Cboe BZX Equities Exchange. What chiefly distinguishes it from the Winklevoss’ approach is insurance: The VanEck SolidX fund is physically backed — meaning that they will actually hold BTC — and the firms reassure that this will protect against the loss or theft of the cryptocurrency. According to their filing with the SEC, each share of the VanEck SolidX Bitcoin Trust is set to cost a hefty $200,000. As SolidX CEO Daniel H. Gallancy explained to CNBC, the price is set at a higher rate to focus on institutional investors. The SEC has reportedly received over 100 comments from various economists, CEOs, financial analysts, etc. at its request and could be reviewed as soon as September. Moreover, there are multiple other ETF applications that are due for review by the SEC, such as one from Direxion, which has been postponed by the agency until mid-September.

While the SEC and funds are brawling over ETFs in the U.S., the Swedish company XBT Providers has been successfully running a Bitcoin exchange-traded product dubbed CoinShares. It is accessible for European investors from multiple countries and has managed to attracted more than $1 billion since 2015 when it was listed on Nasdaq Stockholm, a major Swedish exchange.

One of the earlier, large investors of XBT is billionaire investor Mark Cuban, who described his experience at the Vanity Fair New Establishment Summit in Los Angeles:

“It is interesting because there are a lot of assets which their value is just based on supply and demand. [With] most stocks, there is no intrinsic value because you have no true ownership rights and no voting rights. You just have the ability to buy and sell those stocks. Bitcoin is the same thing. Its value is based on supply-demand. I have bought some through an ETN based on a Swedish exchange.”

The fact that the market was quick to recover after the Winklevoss’ second failure to convince the SEC suggests that investors remain hopeful for Bitcoin ETFs to conquer U.S. regulated exchanges. SEC Commissioner Hester M. Peirce’s dissent seems to further fuel that belief, having served as a silver lining to the watchdog’s verdict.

Meanwhile, some industry players are sharing their bullish beliefs regarding the future of ETFs: On July 29, Kin-Wai Lau, the CEO of Fatfish Internet Group — a global tech venture investment firm — told CNBC that global markets will be “ready to accept” a Bitcoin ETF in just a “couple of months.”

“I think we’re not far away; I think probably just a couple of months away from being ready for the market to generally accept an ETF.”