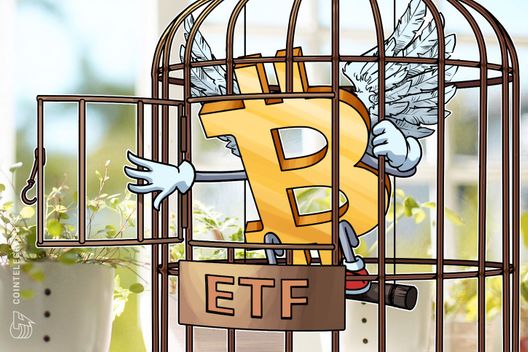 Fatfish Internet Group’s CEO is confident in both Bitcoin’s price increase lasting and the potential for markets to open up to an ETF.

Global markets will be “ready to accept” a Bitcoin (BTC) exchange-traded fund (ETF) in as soon as a “couple of months,” Fatfish Internet Group CEO Kin-Wai Lau told CNBC on July 29.

“It’s a very strong wave; it’s driven by institutional demand, it’s driven by adoption. [There’s]  lots of interest this time around — trading volume is several times higher than during the lows.”

Bitcoin continues to trade above $8,000 after briefly dipping to around $7,700 late last week. Despite the Winklevoss twins’ ETF receiving a second rejection on July 26, prices bounced back above $8100 shortly afterwards, reinforcing users’ belief in the robustness of Bitcoin’s return to form.

Lau noted that the bounce back is “generally very positive for early adopters and people who have interest in the sector.”

As Cointelegraph previously reported, multiple ETF applications are due for review by the U.S. Securities and Exchange Commission (SEC), which has already postponed making a decision about an offering from Direxion until mid September.

After the agency rejected the Winklevoss’ ETF petition, SEC Commissioner Hester M. Peirce published a statement of official dissent, arguing that the SEC had overstepped its “limited role.”

Lau told CNBC that he foresees a potential shift in the regulatory atmosphere in the near future:

“I think we’re not far away; I think probably just a couple of months away from being ready for the market to generally accept an ETF.”

Fatfish caused a stir earlier this year when it announced it was entering the cryptocurrency mining market on the back of higher prices. In January, the company invested $1 million for a 51 percent stake in Singapore startup APAC Mining.