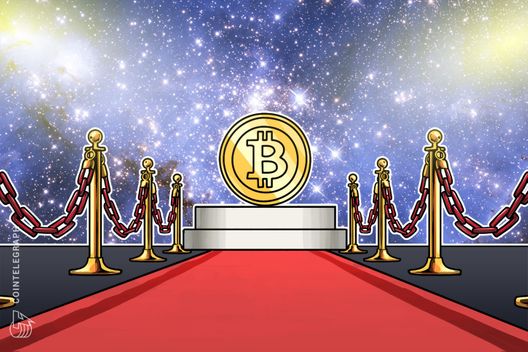 Kim Kardashian West posted an Instagram story to her 114 mln followers in which she staked physical Bitcoins at a charity poker game in LA.

Kim Kardashian West, the reality television starlet with 114 million followers on Instagram, staked what appeared to be physical Bitcoin (BTC) chips on a charity poker night out in LA yesterday, July 29.

Kardashian West, sisters Khloé Kardashian and Kendall Jenner, and mom Kris Jenner hosted a table at yesterday’s inaugural "If Only" Texas Hold’em Charity Poker in Los Angeles to raise funds for City of Hope, a nonprofit clinical research and treatment center for cancer.

Amidst her Instagram Stories’ videos of betting with poker chips, the star posted a picture in which she bet with what appeared to be physical Bitcoin chips, accompanied by the jubilant byline “We moved onto bitcoin!” 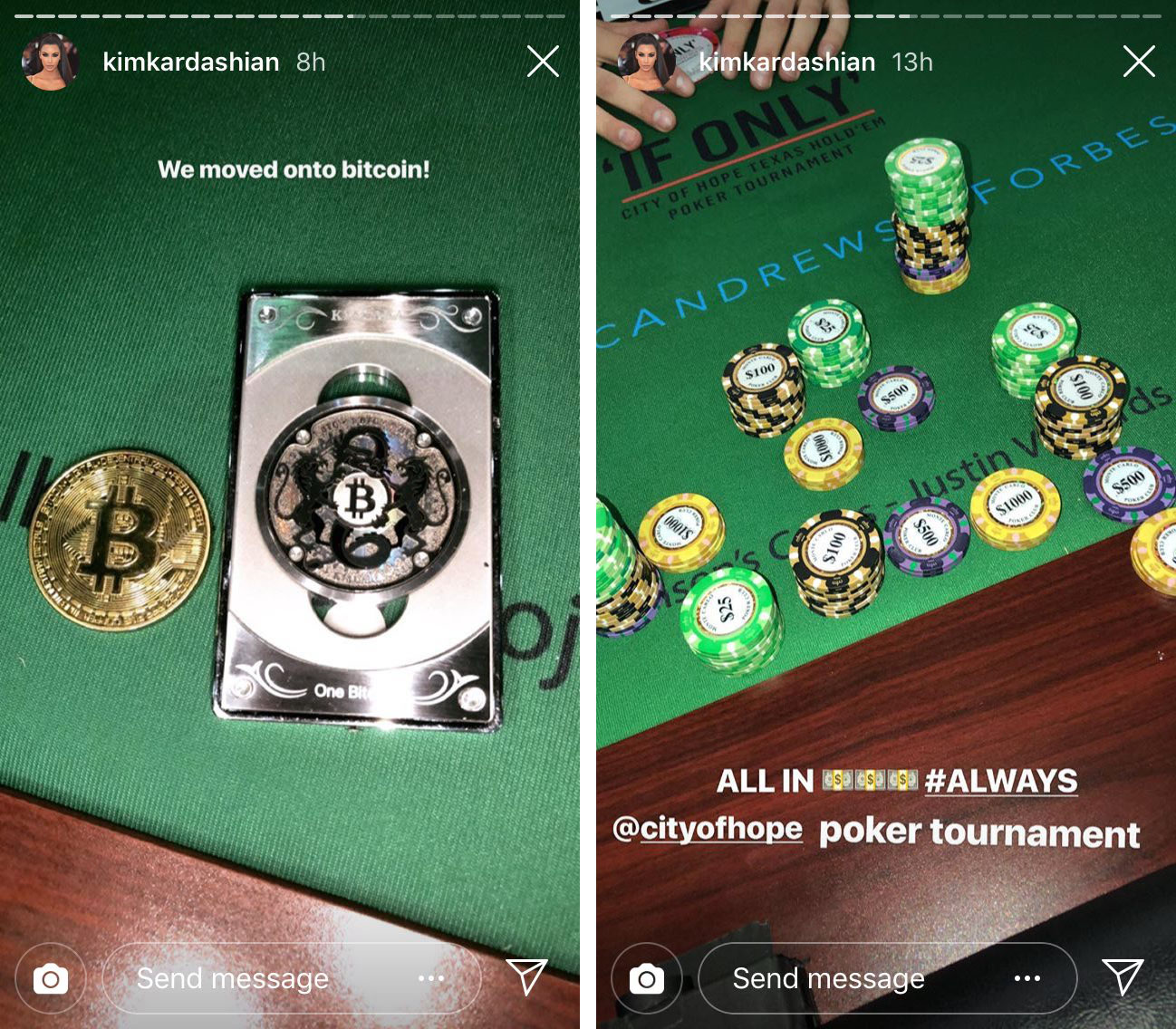 The idea of representing Bitcoin with a physical commodity has been around for several years — whether by minting gold coins or bespoke printed banknotes. Kardashian West’s exact choice of a physical Bitcoin is difficult to ascertain from the video, but her endorsement of the cryptocurrency is arguably a significant move given her international cachet.

This May, the Keeping Up With The Kardashians star and beauty brand entrepreneur won the annual CFDA Fashion Awards first Influencer Award, with CFDA board member and designer Tommy Hilfiger saying at the time that:

“Kim is the most important and powerful influencer in the world. Her reach extends far beyond her own brands. Every time she wears, posts or talks about a fashion brand, there is an immediate and significant increase in both awareness and sales.”

As of July 2018, Forbes has estimated Kardashian West’s net worth to be $350 million.

Hip hop artist Kanye West, meanwhile, whom Kardashian married in 2014, revealed his own positive views of Bitcoin in an interview this May. Implying that the cryptocurrency is less fraught with problematic political and national overtones than fiat, he said:

“That was the moment when I wanted to use Bitcoin, when I saw [former slave] Harriet Tubman on the $20 bill. It’s like when you see all the slave movies, it’s like why you gotta keep reminding us about slavery. Why don’t you put Michael Jordan on the $20 bill?”

Before the interview, Kanye had already made waves in the cryptosphere when he laconically but suggestively tweeted “decentralize” this April.

Meanwhile, back in 2014, a smalltime altcoin dubbed Coinye had attempted to capitalize on the artist’s international fame by using his likeness as a mascot. The spoof was swiftly reined in by a trademark infringement lawsuit filed by West’s lawyers.