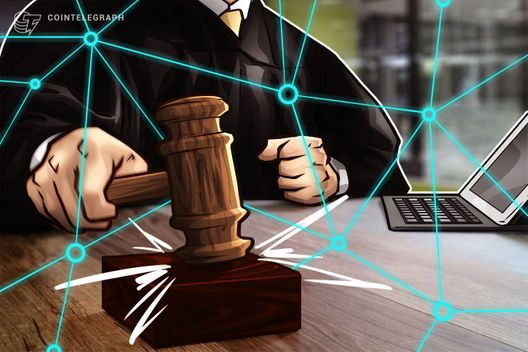 The Dubai International Financial Centre Courts and Smart Dubai have partnered to develop a “Court of the Blockchain” that would harness the tech for the judiciary.

DIFC and Smart Dubai will reportedly explore how the technology could aid verification of court judgements for cross-border enforcement as part of a wider push to create a “blockchain-powered judiciary.”

The newly created joint DIFC Courts-Smart Dubai task force believes that the technology could make a wide range of processes within the legal ecosystem more efficient, and will spearhead research into how to handle disputes that arise in the context of both public and private blockchains by refining existing smart contract systems.

According to Arabian Business, the research will tackle how to develop smart contracts that would “incorporate logic and allow for various forms of exceptions and conditions,” thereby mitigating the irrevocability of smart contract-powered transactions and allowing “for seamless and efficient dispute resolution.”

“An invention of this calibre and potential requires an equally disruptive set of rules and an empowered institution to uphold them. This is where our partnership with DIFC Courts comes in.”

Dubai’s bid to become a blockchain hub has been announced in several high-profile projects as part of its Dubai 10x initiative “to be 10 years ahead of other world cities,” from its precipitous launch of a state-issued cryptocurrency back in October 2017 to planning to become the first blockchain government by 2020.

Sheikh Mohammed bin Rashid, the vice president and Prime Minister of the UAE and ruler of Dubai, unveiled the latest “UAE Blockchain Strategy 2021” incarnation this April, announcing that “50 percent of government transactions on the federal level will be conducted using blockchain technology by 2021.”

His Highness Sheikh Mohammed bin Rashid has anticipated that blockchain adoption would “enhance happiness levels for [UAE] citizens,” save millions of work hours, and reduce government documents by 389 million.