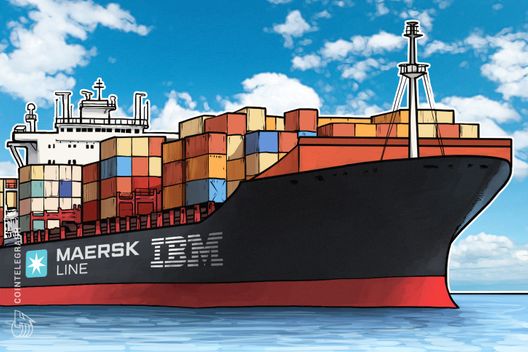 IBM and Danish transport and logistics giant Maersk have launched their global blockchain-enabled shipping solution, according to an official press release today, August 9.

According to the press release, the platform is able to track critical data about each shipment in a supply chain in real time, generating a distributed, immutable record on the fly.

It also counts global container carriers Hamburg Süd and Pacific International Lines as participants, alongside Maersk Line. As Forbes notes today, “collectively, the shipping companies account for more than 20% of the global supply chain market share… [and serve] 235 marine gateways around the world.”

IBM and Maersk say that the new blockchain-enabled platform is expected to bring multiple trading partners “a single shared view of a transaction without compromising details, privacy or confidentiality,” further integrating Internet of Things (IoT) and sensor data that allows for the monitoring of a range of variables, from temperature control to container weight.

The platform is said to be able to simplify a gamut of basic operational questions –– for example, determining the location of a container –– from 10 steps involving five middlemen to a single, disintermediated step.

“We have seen a lot of skeptics talk about the validity of blockchain solutions [...] I think with over 90 organizations and over 150 million events captured on the system we really are seeing proof in the pudding in terms of where people are spending their time to get benefits from blockchain.”

Maersk and IBM first staked their departure away from legacy technology platforms when they initiated a 12-month trial for what would become TradeLens back in March 2017. The trial reportedly revealed that the blockchain-enabled solution could “reduce the transit time of a shipment of packaging materials to a production line in the United States by 40 percent,” saving “thousands of dollars.”

The as-yet unnamed TradeLens was originally slated to be released by the end of 2017. Currently open to early adopters, it is expected to be fully commercially available by the end of this year.