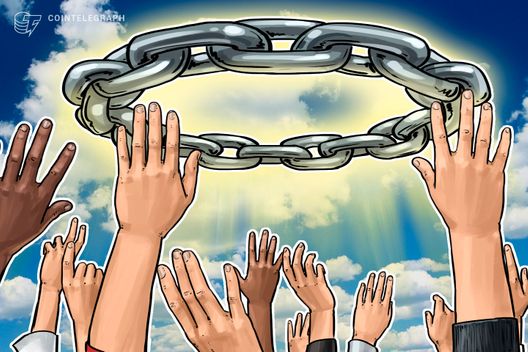 China’s first digital invoice on the blockchain has been issued in the southeastern city of Shenzhen, on an ecosystem developed by Tencent.

China’s first digital invoice on the blockchain has been issued in the southeastern city of Shenzhen, local news platform EEO reports August 10.

This is the first implementation of a pilot blockchain ecosystem for invoices that has been developed by Tencent — the developer of the 1 billion-user social media platform WeChat — together with the Shenzhen Municipal Taxation Bureau.

It is the only such pilot to have received the official approval of the State Administration of Taxation, and has been designed for comprehensive use by consumers, merchants and tax authorities, according to EEO. In China, official invoices are dubbed “fapiao,” indicating that they have been issued by the Chinese Tax Bureau for goods and services purchased in the country.

EEO reports that the debut invoice was issued August 10 by a local Shenzhen restaurant. Several other local merchants have already been given access to the system, including a parking lot, auto repair shop, and cafe.

The system allowed for a consumer payment via WeChat to generate an invoice that would be eligible for inspection and management by tax authorities. Cai Yunge, general manager of blockchain at Tencent, is quoted by EEO as saying that the new system achieves a frictionless link between consumer scenarios and tax services.

In the traditional scenario, processing an invoice entails multiple and somewhat cumbersome steps, EEO notes. When a consumer completes a given transaction, they must wait for the merchant to generate the invoice, file it away safely, complete a returns form in the Finance Department, wait for the return to be processed, and then receive their returns.

Using a blockchain-enabled electronic invoice means that the consumer can manage all these steps using one click on the WeChat app after checkout, and is then able to track their reimbursement status in real time, EEO writes.

As EEO notes, blockchain’s cornerstone innovation of providing an immutable and transparent record-keeping system is highly consistent with the invoice supervision process, as it effectively traces the source, authenticity, and accounting of invoices, thereby solving the problems of over-reporting, false-reporting, and other true-false inconsistencies in the process of invoice circulation.

The technology also has the advantage of improving data privacy through encryption methods and providing an overall cost-effective streamlining of processes.

Cointelegraph has previously reported on Tencent’s ongoing cooperation with the Shenzhen Municipal Office of the State Administration of Taxation to establish an “Intelligent Tax” Innovation Laboratory focused on tax management modernization and fighting fraudulent “fapaio” with blockchain technology.