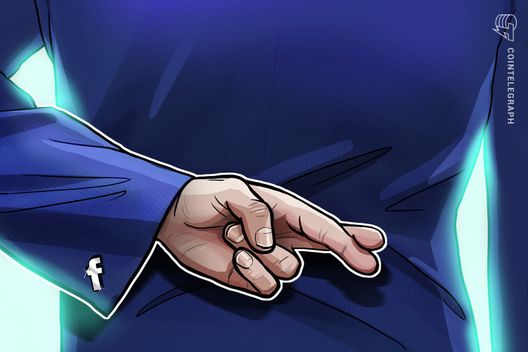 Facebook has reportedly denied its partnership with the crypto firm Stellar following a report on their negotiations for building a Facebook variant of a Stellar blockchain.

Facebook has reportedly denied entering into talks with cryptocurrency firm Stellar (XLM), Cheddar reported August 10. Earlier today, Business insider reported that Facebook and Stellar had been considering a potential partnership to build a Facebook variant of a Stellar blockchain.

A Facebook spokesman reportedly told Cheddar that the company is “not engaged in any discussions with Stellar, and we are not considering building on their technology.”

The statement was made in response to Business Insider’s report that the two companies had discussed a potential fork from the main Stellar network as part of its blockchain efforts. Sources from Stellar reportedly told Business Insider that, “it would make sense for Facebook to record payments transactions onto a distributed ledger like Stellar.”

While the news regarding Facebook’s collaboration with Stellar is in question, the social media company has made some steps to embrace blockchain technology. Last month, Evan Cheng, Facebook’s Director of Engineering moved to the same position at the company’s recently established blockchain team. The team was initially formed in May by David Marcus, the head of Facebook’s messaging app Messenger, to explore possible applications for distributed ledger technology.

The establishment of the blockchain team followed the implementation of a broader shake-up of Facebook's product team, which led to the formation of three separate divisions: a “family of apps” group, "central product services" and “new platforma and infra.”

Later that month, anonymous sources familiar with “Facebook’s plans” told Cheddar that Facebook is “exploring” the creation of its own in-app cryptocurrency, despite having banned crypto ads on the platform earlier this year. Facebook banned crypto ads under a clause preventing advertisements for “financial products and services frequently associated with misleading or deceptive promotional practices."

Stellar was originally established in early 2014 as a payment technology built on the Ripple protocol, though it has underwent significant changes since then. In July, Stellar obtained Sharia compliance certification in the money transfer and asset tokenization field. This means that Stellar will be able to enhance its ecosystem in regions where operation in the field of financial services requires compliance with Islamic financing principles.

XLM is one of the top 10 cryptocurrencies on Coinmarketcap’s listings and is trading at $0.21 at press time, down almost 3 percent over the last 24 hours.