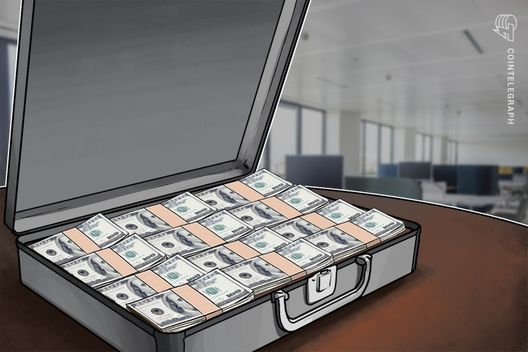 Enterprise-focused blockchain startup Axoni has raised $32 million in a funding round led by Goldman Sachs, joined by JPMorgan, Wells Fargo, Citigroup and others.

Enterprise-focused blockchain startup Axoni has raised $32 million in a funding round led by Goldman Sachs and other high-profile banks and venture capital investors, Forbes reports August 14.

The $32 million Series B funding round was led by Goldman Sachs and Nyca Partners, with numerous other investors including Wells Fargo, JPMorgan, Citigroup, and Andreessen Horowitz. The fresh investment brings Axoni’s total financing to $55 million to date.

Axoni’s co-founder, Greg Schvey, told Forbes that the round represented not just an injection of capital but a “deep strategic” alliance, given that many of the investors are themselves innovating the traditional financial sector by turning to distributed ledger technologies (DLT), such as blockchain.

New York-based Axoni, founded in 2016, reportedly plans to use the capital to help its existing enterprise clients to “integrate their own users” into three of its distributed ledger platforms, now close to completion.

The largest project Axoni currently has underway is with DTCC –– the highest financial value processor in the world, processing $1.6 quadrillion in securities transactions per year. Last year, DTCC had announced it would work with Axoni, IBM and blockchain consortium R3 to re-platform its Trade Information Warehouse for derivatives processing using the Axcore blockchain.