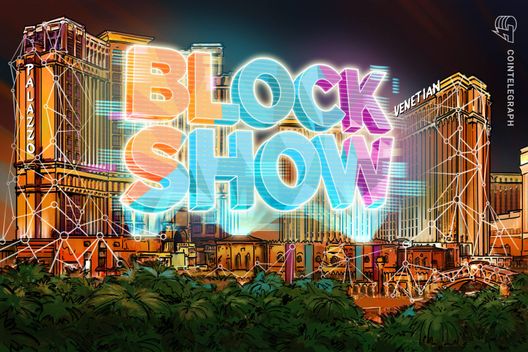 In addition to creating new companies and opening up new revenue streams, blockchain is serving as a force for good. Here, we explain how.

There has been a lot of discussion about how cryptocurrencies and blockchain can transform the world’s economy — leaving paper money behind and going truly digital. Indeed, many crypto businesses are pursuing solutions which can eradicate inefficiencies in practically every industry, positively affecting the goods and services we use every day.

But away from the profit margins, is there any way that blockchain can be a force for good? Some not-for-profit organizations — as well as companies and individuals who want to give back to the community — have shown that there’s a promising future in which this technology can address some of the biggest challenges facing the world in the 21st century.

Back in February, the international humanitarian charity UNICEF concocted a novel idea for helping children affected by the Syrian civil war. The premise was simple: enroll PC gamers with sophisticated graphics cards to use their spare capacity for mining Ethereum.

Whenever they were taking a break from the game or heading out, UNICEF’s program could be turned on — enabling them to make donations to war-torn families without losing out financially. It’s fair to say that the project, called Game Chaingers, was a success — over 59 days, with more than 12,000 computers involved, 85 ETH was raised to go toward UNICEF’s work in Syria.

Meanwhile, the World Food Programme is using blockchain to tackle hunger in impoverished areas through the “Building Blocks” scheme, with more than 100,000 refugees benefiting so far. Back in April, the Belgian government made a €2 million contribution to the project.

Around the world, there can be a lot of mistrust concerning the integrity of elections. Voters are often left disillusioned by results, and over time, this can result in disappointingly low turnouts. In a prime example of blockchain being used for good, several nations are exploring whether this technology could help return confidence to the electoral process.

Ukraine’s Electoral Commission is working with NEM on a pilot voting system, and American troops overseas are being given the chance to use a blockchain-based smartphone app for casting their ballots in the midterm elections — if they are from West Virginia. A Russian polling research center also announced its use of blockchain to monitor exit poll results for the presidential elections earlier this year.

There are several companies working to improve patient safety by championing blockchain as an ideal place for storing patient records — eliminating the inaccuracies, inefficiencies and geographical barriers that can arise from paper-based documents. Not only would such solutions enable someone to receive identical treatment based on their medical history even if they were thousands of miles away from home, but their data could also be anonymized and used to make exciting discoveries that pave the way for new treatments and revolutionary drugs.

Blockchain is also helping cutting-edge scientific disciplines, such as genomics. Public South Korean biotech enterprise Macrogen, the country’s leading gene sequencing service provider, announced they were developing a blockchain-based platform together a with local tech firm. The partnership aims to allow the secure and private storage and transfer of large amounts of sensitive genomic and personal information.

Meanwhile, the Indian state of Andhra Pradesh, which is home to 60 million people, has started to embrace blockchain, with the view to give their population better access to predictive and personalized treatments. It has signed an agreement with Shivom, a genomics company, which will allow locals to sell their genetic information for research purposes, improving databases that are heavily focused on people of European descent instead of ethnic minorities. Both parties also hope this will advance treatments for cancer and other genetic diseases.

While India says blockchain is promising, government officials say they are “categorically denying” the future use of cryptocurrencies themselves in any manner — including in payment systems.

Of course, the act of doing good doesn’t necessarily need to involve creating an entire blockchain platform. Following the rise in the value of cryptocurrency in recent years — especially during 2017 — many of those who invested wisely in this technology decided it was time to give back and started philanthropic projects where they could donate to the causes they were most passionate about.

One such example was the Pineapple Fund, where an anonymous benefactor turned their 5,104 BTC into $55 million with the sole goal of donating it to good causes. More than 60 charities have been supported since. In May 2018, the person behind the fund announced that their work was complete — and as reported by Cointelegraph, projects delivering clean water to sub-Saharan Africa, along with initiatives focused on digital rights prevention, were among those that received help.

Other blockchain startups are attempting to address an issue which is leaving hundreds of millions of people financially disenfranchised. Across certain regions, such as Africa and Southeast Asia, overwhelming numbers of adults are described as unbancarized, meaning they do not have access to bank accounts, credit cards or the other financial services we take for granted.

A major reason why these individuals struggle to benefit from these services is because they lack a credit history. Based in the United States, BanQu allows refugees, the displaced and the world’s poorest individuals to establish an economic identity on the blockchain. When they interact with the organizations, businesses and governments around them, it helps to build a “vetted financial and personal history.” This information is then accepted by financial institutions as legitimate identification information.

Stellar, a payment technology built on the Ripple protocol, was also being put to good use by Oradian, which assists microfinance institutions in developing countries. In an example of remittances being successfully completed over blockchain, fostering financial inclusion, Oradian’s payment network has been built on Stellar’s platform. As of data from 2016, the results show that 300,000 Nigerians — the vast majority of them women — were able to transfer money using blockchain.

At the conference BlockShow Americas 2018, which is being held in Las Vegas on Aug. 20 and 21, 2018, Alex Mashinsky, founder of Celsius Network, and other experts will share their ideas about the usefulness of cryptocurrencies and how they can help the underprivileged. Celsius Network says it is working on a wallet that will help provide financial services to the underbanked.

BlockShow Americas, powered by Cointelegraph, follows the conference in Europe, which took place in Berlin back in May 2018. The event will be a place for dozens of exhibitors to come together — promising to offer new insights into the ways blockchain can be a force for good. BlockShow Americas will also address some of the key questions that affect the blockchain community — governmental initiatives, insights from central banks and the evolution of law and regulations.