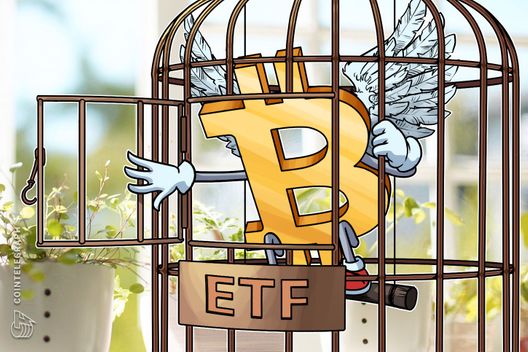 As many in the U.S. clamor to see a Bitcoin exchange-traded fund (ETF) approved by regulators, this so-called “soft” alternative has been trading on the Swedish exchange since 2015, but is now being quoted in dollars under the ticker CXBTF as of Wednesday.

The product, dubbed Bitcoin Tracker One, is still technically listed and traded in Sweden, but many consider this latest move to be a gateway for U.S. investors. As CoinShares Holdings CEO Ryan Radloff told Bloomberg:

“Everyone that’s investing in dollars can now get exposure to these products, whereas before, they were only available in euros or Swedish krona. Given the current climate on the regulatory front in the U.S., this is a big win for Bitcoin.”

As Bloomberg notes, trading Bitcoin Tracker One is now “similar to buying an American depositary receipt, in that traders will see a foreign-listed asset in U.S. dollars.” To enable this, investors reportedly purchase so-called F shares, meaning that the ETN trades are executed in dollars, but all settlement, clearing, and custody takes place in the Swedish market.

Unlike a exchange-traded fund, an ETN is a debt instrument that is backed by an issuer — like a bank — instead of being tied directly to an asset. Bloomberg notes that the ETN could appeal to investors as an alternative to Grayscale’s Bitcoin Investment Trust, another form of passive investment instrument that is currently available to those who don’t want to actually store and hold the cryptocurrency itself.

As Cointelegraph has reported, there has been significant attention devoted to the pending approval of several high-profile Bitcoin ETFs by U.S. regulators. If approved, opinions are divided as to their future impact on the crypto space. CNBC’s Ran NeuNer has ventured that once such bridges to the mainstream financial sector are in, 2017’s bull run for crypto will come to “look like a warm-up.”

Bitcoin stalwarts Andreas Antonopoulos and Nick Szabo, meanwhile, both aired ETF skepticism this week, with the latter arguing that “Wall Street-managed money... might cause more problems than it's worth.”