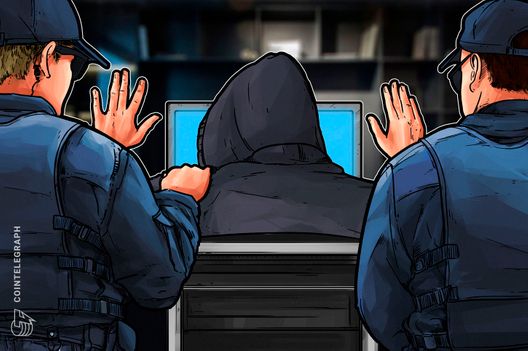 Chinese police have arrested three “highly experienced” hackers suspected of stealing up to 600 million yuan (around $87.3 million) in crypto.

The alarm was reportedly first raised by an individual identified by the surname Zhang, who is said to have first filed his complaint March 30 with local police in the northwestern city of Xi’an.

The victim claimed that his computer had been hacked, resulting in the theft of Bitcoin (BTC), Ethereum (ETH) and other crypto holdings worth up to 100 million yuan ($14.5 million).

Initial investigations by a dedicated police task force indicated that the suspects had used a remote attack to transfer funds from Zhang’s computer without leaving a trace, in what is reportedly considered to be a “rare case.”

The authorities are said to have received assistance from several local internet service providers, allowing them to identify the first suspect, an individual known as Zhou, within three months. After two further months, all three accomplices have now been arrested across disparate regions of China – Huan and Changchun provinces, and Beijing.

The three suspects have been charged with coordinating a wider series of remote attacks against enterprises and individuals worth a total of 600 million yuan (around $87.3 million). Investigations continue, as Xinhua further reports.

As Cointelegraph has previously reported, earlier this summer Chinese police arrested a total of 20 suspects in a major cryptojacking case that allegedly infected over one million computers and generated 15 million yuan (about $2.2 million) in illicit profits over the course of two years.