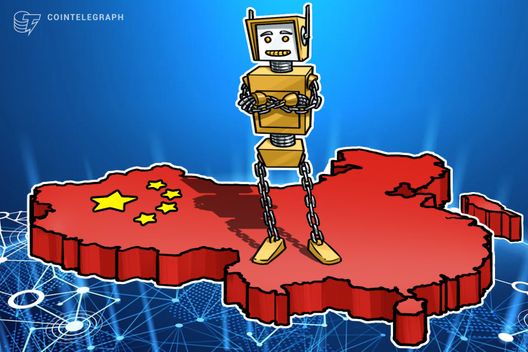 The Shanghai Stock Exchange has agreed to cooperate with a number of insurance firms on improving the industry with blockchain tech.

The Shanghai Stock Exchange (SSE) and Insurance Asset Management Association of China (IAMAC) have agreed to cooperate on improving the insurance and pension industries with the use of blockchain tech. China Securities Journal newspaper reported on the partnership Monday, August 20.

The stated goal of the new group is “to create a new, high-efficiency, low-cost and safer insurance industry” through the use of blockchain technology. The article clarifies:

“The digital transformation of enabling insurance will build a blockchain service platform to solve the bottleneck problem of enterprise innovation. With convenient and efficient application development, flexible deployment mode and visual monitoring and operation platform.”

As Cointelegraph reported July 12, the Shanghai Stock Exchange had revealed its plans to use blockchain in its securities transactions, indicating the increasing level of adoption of the distributed ledger technology (DLT) by larger institutions.

Last week, a major U.S.-based entrepreneurial accelerator Y Combinator announced the launch of its new China-based division to “build a long-term local organization that will combine the best of Silicon Valley and China and create a lot of innovation.”

Earlier this month, Intercontinental Exchange (ICE), which operates the New York Stock Exchange (NYSE), has unveiled its plans to build an “open and regulated, global ecosystem for digital assets” in cooperation with Microsoft and others.