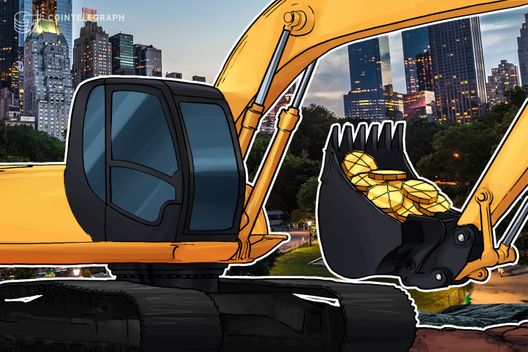 DPW Holdings will now prepare to use the dam, which is located in Valatie Falls, New York, as the source of electricity for its yet-to-be-built mining facility towards the end of 2018.

The move means fresh competition for the steadily increasing miner population in New York State, where Coinmint signalled it would begin operations in an old smokestack with local government backing earlier this year.

DPW’s farm will meanwhile employ its own mining hardware, the AntEater, which it developed in conjunction with Samsung in January. It will run the operation via a dedicated subsidiary, Super Crypto Mining.

“This project provided a unique opportunity for DPW subsidiaries to collaborate and innovate to create a new model for cryptocurrency mining, for which electricity is by far the largest operational cost factor,” CEO and chairman Milton “Todd” Ault, III commented in the release.

“We look forward to bringing this innovative new facility fully on-line during the fourth quarter of 2018.”

Various U.S. states will see mining projects start raking in cryptocurrency in the near future, the DPW news coming two weeks after Asian giant Bitmain announced the creation of a complex in Texas into which it would invest $500 million.

Across the border in Canada meanwhile, prospective companies have faced mixed receptions from local authorities, with Quebec in particular voicing its opposition.