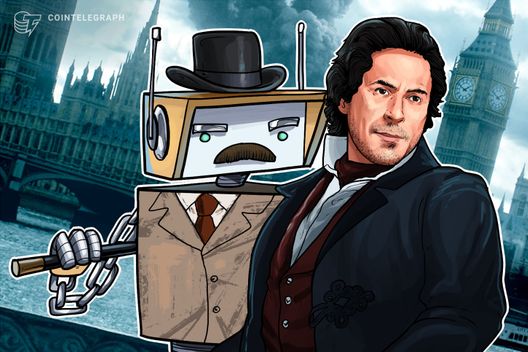 The U.K. government is looking to use distributed ledger technology to secure digital evidence and ensure identity security.

The British Government is exploring ways to employ Distributed Ledger Technology (DLT) to secure digital evidence and identity information, according to a blog post published August 23.

Her Majesty's Courts and Tribunals Service (HMCTS) and the Open Innovation team at the Cabinet Office conjointly held a meeting devoted to the use of DLT in securing digital evidence.

The author of the blog, Balaji Anbil, Head of the Digital Architecture and Cyber Security team at HMCTS, says that the Service is looking to apply new technology to traditional procedures like evidence sharing, identity management, and providing more control over individual’s identity data.

At the meeting, Dr. Sadek Ferdous, Technology Policy Fellow and Research Associate at Imperial College, presented an overview of his latest research on both private and public DLT systems. Ferdous explained the challenges of ensuring the provenance of digital evidence, stating that the audit trail is a core component in digital evidence systems:

“[It provides] chronological record of system activities which capture how digital evidence has been created/accessed/modified by which entity, from what location, in such a way to enable the reconstruction and examination of the sequence of events, and actions leading to the current state of the digital evidence.”

Anbil says that DLT has a “critical capability” in securing digital evidence and ensuring the integrity of evidence chains.

The U.K. has been widely adopting blockchain technology, with the intention to become a global leader in the industry and the cryptocurrency economy. Last month, Big Innovation Centre, DAG Global, and Deep Knowledge Analytics, conducted research demonstrating that Britain has the governmental, technological, and industrial resources to become a leader in the crypto economic ecosystem and a global blockchain hub.

U.K. housing minister Eddie Hughes called on the government to “show leadership” by making the technology and its benefits a policy priority. Hughes said:

“The state should focus its attention on using blockchain to enable social freedom, to increase efficiency, and to rebuild societal trust. The state should not be allowed to use such technology to intrude into the lives of individuals—but rather the technology should be used to empower individuals in their necessary engagements with the state.”

The U.K. Financial Conduct Authority (FCA) established a regulatory sandbox in 2014 designed to let organizations test various products and services in a market environment with appropriate consumer protection but without restrictive regulation. In July, the FCA unveiled the 29 successful companies to apply to the fourth cohort of the regulator’s sandbox, whereof 40 percent were using DLT.