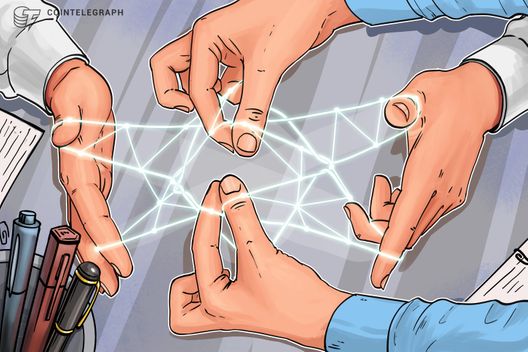 Deloitte’s 2018 blockchain survey reveals that the technology is gaining significantly in traction at the executive level of enterprises across diverse industries.

“Big Four” auditor Deloitte’s 2018 blockchain survey, published August 27, reveals that the technology is gaining significantly – if unevenly – in traction at the executive level of enterprises across diverse industries.

Deloitte’s survey polled a sample of just over 1,000 senior executives in seven countries – Canada, China, France, Germany, Mexico, U.K., and the U.S. – at companies with $500 million or more in annual revenue.

As Deloitte notes, the survey notably focused on “blockchain-savvy” execs from so-called “digital enterprises” rather than startups – i.e. on businesses faced with implementing “legacy-constrained” blockchain solutions, rather than on “emerging disruptors” whose business models have been inspired by blockchain at their inception.

74 percent of all the respondents to the survey said their executive team believes there is a “compelling business case” for use of blockchain technology, with 34 percent saying that some form of blockchain deployment was already in process within their organization.

Deloitte gives the following interpretation of the survey’s results, which it noted revealed some asymmetries and uncertainties as to the current state of blockchain at a legacy enterprise level:

“Ultimately, [blockchain is] more of a business model enabler than a technology...for legacy organizations...we’re starting to see a change in approach toward blockchain. Executives in these organizations are moving away from the pure platform view of “What is it?...let’s find a use case” toward development of more sensible, pragmatic business ecosystem disruption.”

Deloitte considered that a certain lag in fully grasping that “blockchain represents a fundamental change to their business” in part explains why the percentage who see a “compelling business case” (74 percent) for the technology is more than double the percentage of those who have actually already initiated its deployment (34 percent). Moreover, the report noted that:

“Adding to the uncertain state of blockchain adoption is the fact that while more than 41 percent of respondents say they expect their organizations to bring blockchain into production within the next year, 21 percent of global respondents—and 30 percent of US respondents—say they still lack a compelling application to justify its implementation.”

While the survey found that this residual “platform” view of blockchain is still to some extent impeding innovation and adoption at scale, it also found that regulatory concerns accounted for 39 percent of respondents’ rationale for not accelerating greater investment in the technology. Difficulties in adapting legacy systems accounted for a further 37 percent.

Nonetheless, from a longer term perspective, 84 percent of all respondents “somewhat or strongly agreed” with the statement that “blockchain technology is broadly scalable and will eventually achieve mainstream adoption.” Across the oil & gas, food, tech/media/telecom, consumer products & manufacturing, and automotive industries, 80-87 percent of executives ranked their knowledge of the technology as being within the excellent to expert range.

Deloitte itself affirmed its overview as being that “the only real mistake we believe organizations can make regarding blockchain right now is to do nothing,” considering that adoption is “getting closer to its breakout moment every day.”

Earlier this spring, another Deloitte report into blockchain focused on the retail and consumer packaged goods (CPG) industry, similarly strongly concluding that those businesses who do not at least consider the technology’s possibilities are “at risk of falling behind.”