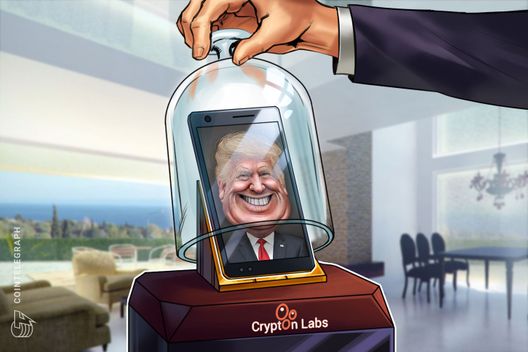 A crypto collectibles platform is planning to open up its ecosystem to developers so that a range of new games, competitions, polls and activities can be launched.

A blockchain-based platform where crypto enthusiasts can own digital collectibles inspired by public figures is planning to open up its ecosystem to developers — in the hope that new games and competitions will be added to its burgeoning marketplace.

MyCryptons launched in May 2018. The company has been developing its social media presence, and more than 2,000 tweets have been sent from its official Twitter account over recent months. These posts have often reflected topical events in the news, primarily the tumultuous state of politics in the United States.

On its website, enthusiasts are given the chance to buy Cryptons. Each represents a fictitious version of public figures, including politicians, presidents past and present, talk show hosts and musicians. They come with a custom-made cartoon, and the owner is also able to add their own witty tagline and share it on social media. Some examples include Queen Elizabeth (“Jewel in the Crown”), Eric Trump (“Don’t blame me. I was cloned”) and Donald Trump (“I am just tired of winning”).

When it comes to developing interactive content, MyCryptons also hopes to offer polls and engaging activities to its user base. Its Mating Game saw two politicians mated with celebrities, resulting in brand-new Cryptons that were an amalgamation of each pair. A portion of the proceeds of the sale of the new “offspring” Cryptons goes to the owners of the parent collectibles. Users can request particular pairs to be mated by emailing the company, but MyCryptons intends to automate this process shortly.

MyCryptons has also launched the Angry Mobs game, where users can create memes by drawing on any Crypton using an array of tools. Memes can be used to both jeer and revere someone or something, and the platform hopes its base will find this activity both fun and meaningful. It is currently free for users, but MyCryptons intends to monetize this in future and share the revenue with the owners of the Cryptons involved in the memes, potentially making these collectibles more valuable. For example, if a politician is going to jail, users can use the pen tool to draw bars on the Crypton and the text tool to write “Guilty” before downloading the image. Other fun symbols can also be added, such as a kiss, rose, dollar symbol, mustache and sunglasses — all of which can be resized and rotated.

Other games, including Flip and Flop and Truth or Dare, are under development. In all cases, the company intends to share revenue generated through these games and activities with the owners of the Cryptons featured in a starring role.

How buying a Crypton works

The price of every Crypton is clearly indicated on the website, and some of them are yet to be purchased for the first time. Once someone possesses a collectible, they can be bought out at any time, by use of a price escalation feature — and they will receive up to double the price they paid. An owner can prevent their Cryptons from being lost by paying a one-time protection fee and setting their own price.

According to MyCryptons, one of the most compelling opportunities presented by its platform is the potential to buy digital collectibles before they become popular. Though a prospective U.S. presidential candidate for the 2020 election may not be coveted right now, demand could intensify as the campaign nears.

MyCryptons is also exploring the potential for its digital collectibles to be used for charitable purposes. The smart contract being used by the platform enables special fundraiser Cryptons to be created, with all proceeds from the sale of a collectible going to a good cause instead. Once a certain target is reached — 200 ETH, for example — the Crypton reverts back to a for-profit collectible. According to the company, active discussions are already under way with a female crypto celebrity, with a Crypton in her image being prepared as the last few details are finalized.

A distinctive type of token

MyCryptons uses a non-fungible token known as ERC-721. Each of them carries unique information and they cannot be divided, meaning it’s impossible to buy half a Barack Obama or end up with two Donald Trumps. It’s this scarcity which enables the marketplace to function.

Demand for virtual collectible games is growing. As reported by Cointelegraph, another concept known as CryptoKitties recently secured $12 million in funding from a group of investors. Last year, it was reported that five of the digital kittens on this platform sold for more than $100,000, with the most expensive fetching $120,000.