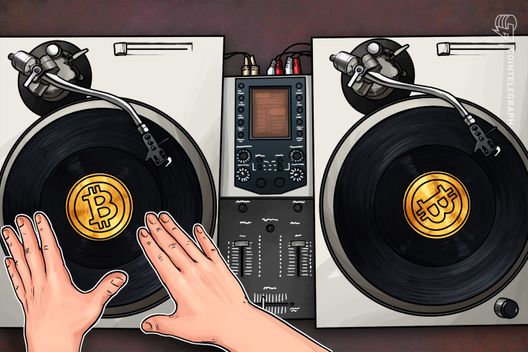 Rappers Eminem and Royce Da 5’9’ have collaborated several times throughout their careers, having recorded a combined 66 songs that have made it into the Billboard Hot 100 record chart.

Eminem announced his tenth album “Kamikaze” in a tweet Friday, August 31, without much preceding promotion. According to Forbes, in "Not Alike," the ninth track on the new album, co-starring Royce Da 5’9’ sings:

"Remember everybody used to bite Nickel, now everybody doing bitcoin."

The line is described by Forbes as an important sign of Bitcoin’s presence in mass culture and the realization that the cryptocurrency has a range of use cases beyond criminal:

“The mention on Eminem's album is significant however as it suggests not a get rich quick scheme nor a way to sell illicit goods online, but rather something that "everybody [is] doing" — that it's as common as knowing you bite the metal coin to test its quality.”

“Not Alike” is not the first time that cryptocurrency finds its way into the rap world. Earlier this year, rapper Akon, who authored a total of twelve Billboard Top Ten Hits, has launched his own cryptocurrency intended for use in his “Akon Crypto City,” Cointelegraph reported June 20.

Back in January, Curtis Jackson, better known as 50 Cent, was reported as owning millions of dollars worth of Bitcoin, after becoming the first rapper to have started accepting the cryptocurrency as payment for his fifth album “Animal Ambition.” Later, he denied owning any Bitcoin at court, with his lawyer reportedly saying that Jackson had “never owned, and does not own, a bitcoin account or any bitcoins.”

This spring, hip hop artist Young Dirty Bastard announced the launch of his own cryptocurrency in an interview with Yahoo Finance.