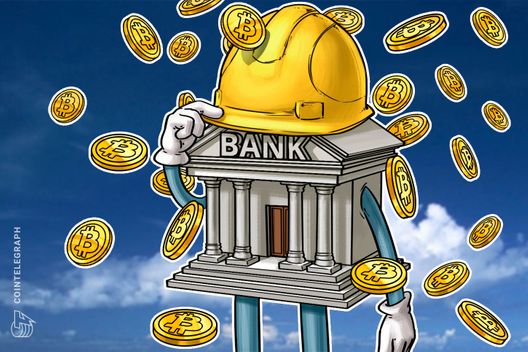 Despite earlier rumours, Goldman Sachs has reportedly paused its plans to open a digital currency trading desk, focusing on a crypto custody product instead.

The bank’s plans to create a crypto-focused unit by the end of June 2018 were originally reported by Bloomberg, with sources claiming that Goldman Sachs aims to become "the first large Wall Street firm to make markets in cryptocurrencies."

Now, Business Insider reports citing unnamed sources that the bank has lowered the priority of this project, as the regulatory environment in the crypto industry remains unclear. It might take many steps before a regulated bank could trade digital assets, most of them outside Goldman Sachs' control, sources reportedly reveal.

“At this point, we have not reached a conclusion on the scope of our digital asset offering,” Goldman Sachs spokesperson Michael DuVally told Reuters.

However, the bank is not going to fully reject crypto trading. As Business Insider's sources claimed, Goldman Sachs is about to focus on a custody product for crypto, which will allow it to hold cryptocurrency on behalf of large clients and track its price.

Back in May, Goldman Sachs’ executive Rana Yared stated that the bank "had concluded [B]itcoin is not a fraud" as the company officially revealed its plans to buy and sell cryptocurrencies.

Nevertheless, the company’s top officials remained sceptical about digital assets. Goldman Sachs' CEO Lloyd Blankfein once said Bitcoin trading was not for him, but clarified that it he’s open to considering it, if the cryptocurrency becomes “more established.”