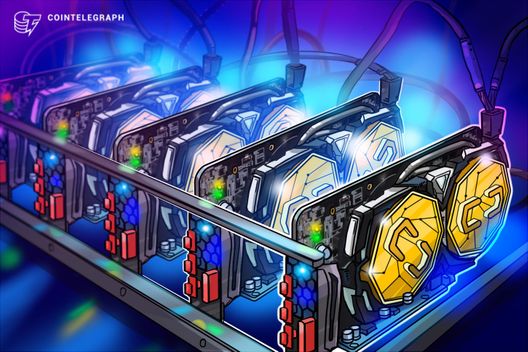 A Chinese holding company is in negotiations to convert a U.S. Defense Department data center into a crypto mining farm.

Per the press release, in case of a successful outcome to the negotiation, the company will receive the first order of rigs in late October, with more to come in the following months. In converting the facility, Wuhan General Group is reportedly planning to benefit from low electricity rates in the U.S., a cool climate, and high-speed Internet, which is crucial for mining operations.

The 55,000 square foot data center with more than 3MW of power can reportedly accommodate up to 1,300 mining machines, with 12,000 to be added after its upgrade to a 30MW facility in 2019. Per the company’s estimation, the mining farm would produce around $3.5 million based with the initial 1,300 mining machines per month. Ramy Kamaneh, CEO of Wuhan General Group, said:

"We had planned to build this operation three months ago, but with the bearish cryptocurrency market, we took a step back to reassess our strategy. The decision to wait for market stability was a good one, especially considering many cryptocurrency machines are no longer profitable in the current market. We acted in the best interests of the Company and its shareholders and firmly believe that the market has bottomed and a bullish market is starting again."

In May, Australian startup IoT Blockchain and mining hardware distributor Royalti Blockchain Group revealed their joint plan to turn a disused power station into a “Blockchain Applications Complex,” while a Bitcoin (BTC) mining operation would span two hectares. The nearby Hunter Energy Power Station will reportedly provide cut-price power for the project.

Some U.S. states are known for low energy costs, which make them a destination for mining companies. In July, New York state regulators approved a new electricity rate scheme for cryptocurrency miners that would allow them to negotiate contracts. The Massena municipal utility introduced a new rate structure for crypto miners, considering contracts on a case-by-case basis, which would protect other utility customers from increased rates.