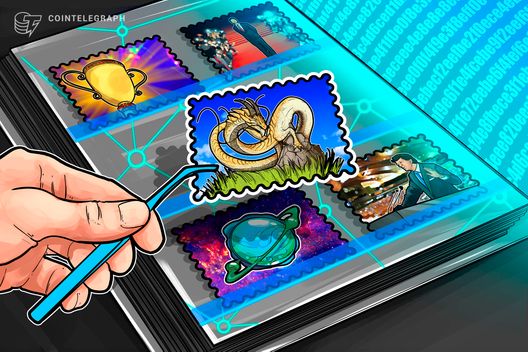 You can collect art, fine wines and toys in the real world — but what about collectibles on blockchain? Here is everything you need to know.

What are crypto collectibles?

A crypto collectible is a digital asset.

Unlike common tokens, which are identical and easily exchanged, crypto collectibles are non-fungible tokens. This is because their unique attributes mean that no two are the same, hence they are usually irreplaceable.

There are a plethora of things that can be collected — from cats to celebrities, and from politicians to planets. In gaming environments, they can be swapped between players, and on other platforms, it’s possible to buy someone’s collectible without their permission — adding a competitive edge.

Can money be made from digital collectibles?

If you have a particularly rare or desirable collectible, potentially, yes.

Generally, collectibles are categorized. Some of them are quite common while others have distinctive attributes which make them rare — or even ‘legendary.’

Some platforms have a price escalation feature. Let’s say you paid 1 ETH for a coveted collectible. Here, someone could pay 2 ETH and buy it off you without your consent. You would end up receiving most of the profits, with the platform taking a fee. The next person would pay 4 ETH, the person after 8 ETH, and so on. After the collectible’s value hits a certain amount — say 100 ETH, for example, the price may rise by 20 percent instead of doubling.

As you can see, there is the potential to make money. However, there’s a tricky dilemma to solve first. Often, the rarest collectibles go to those who join a platform early, as there are fewer people to compete with. But unless the platform becomes popular and gains other users who would be interested in buying your collectibles, you run the risk of investing money in tokens that nobody wants. Because of this, it’s worth doing your due diligence before getting involved.

Where are collectibles stored?

They are usually kept in a crypto wallet.

Normally, the wallet used needs to be able to store ERC-721 compliant tokens — the most commonly used tokens when it comes to collectibles.

Why is blockchain needed for these collectibles?

Blockchain helps prevent counterfeiting and enables ownership to be tracked.

For people purchasing real-world collectibles, such as pieces of art, a lot of due diligence is required to ensure its authenticity.

Blockchain eliminates a lot of this work, as there is a tamper proof record of everyone who has owned a collectible in the past.

Although ERC-20 compliant tokens are commonly used, their divisibility is an issue. In theory, it would be possible to sell a quarter of your collectible cat, if it was on an ERC-20 token. This is why ERC-721 compliant tokens, which are unique and non-divisible, are increasingly being used to ensure assets remain whole.

The type of games often depends upon the collectibles involved.

For example, 0xUniverse enables players to buy a planet and use their resources to build a spaceship. They can then go and explore the virtual galaxy, conquering new planets along the way.

Meanwhile, Ether Quest offers a fantasy role-playing game (RPG) where unique fighters can be collected, trained and used in battles. New warriors are mined through something known as a ‘summoning ritual.’

Another example is Blockchain Cuties. Here, adorable animals and fantasy creatures can be collected, bred and also put to the test in battles. The more experience they gain, the more they ‘level up.’

A blockchain-based platform, MyCryptons, is giving people the chance to buy digital collectibles of public figures, ranging from Donald Trump to Oprah Winfrey. Each Crypton comes with a handcrafted image of the person it represents. Humorous or satirical “gaglines” can be added underneath and shared on social media.

One of the pioneers of this genre was CryptoKitties, which offered collectible, digital kittens with their very own unique attributes. By December 2017, the decentralized platform had surpassed $12 million in sales — with one rare kitten being sold for $120,000.

How do I get a rare collectible?

This will depend on the platform you’re using.

For example, in 0xUniverse, rare planets are collected by inventing and building  higher-tier spaceships with powerful engines and radar systems. To get such spacecraft, players need to draw upon the expertise of the population and use the rich resources of the planets they have conquered so far.

Meanwhile, in Ether Quest, collectibles become stronger — hence rarer — when they win fights in a virtual arena. The better their performance, the more valuable they are when being bought or sold.