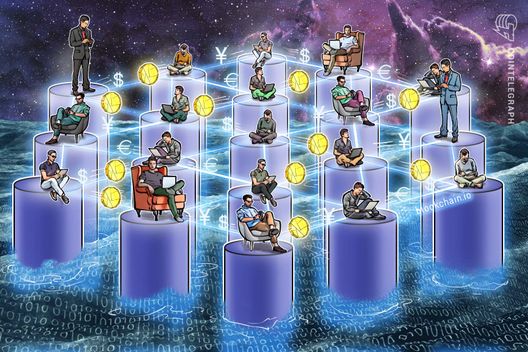 An upcoming cryptocurrency exchange says it will keep exhaustive accounting records that are regularly audited — and make efforts to comply with the regulations in their jurisdiction, along with international laws.

Blockchain.io says it will keep exhaustive accounting records that are regularly audited — and give peace of mind to customers by making extensive efforts to comply with the regulations in their jurisdiction, along with international laws. In the long run, it hopes this will help prevent scenarios where customers’ assets are seized or frozen by government officials.

The exchange claims it offers “reliable infrastructure” that will be subject to minimal downtime for database migration, server maintenance or application upgrades, and says its system offers resilience at times of high volume, as well as during denial of service attacks (DDoS).

Unlike rival platforms, the company says its exchange will be free of something known as “technical debt.” This is where a system becomes susceptible to bugs and security weaknesses because new features or altcoins have been added without proper testing, due diligence or careful software design — something tantamount to taking a shortcut.

Currencies will only be listed on Blockchain.io once they have gone through a strict vetting process to ascertain their sustainability, with a team of experts performing a deep protocol review to help ensure they are technically sound.

The exchange says at least 98 percent of its reserves is held in cold storage. Access to cold wallets require multiple signatures with the private key split across vaults in several locations — helping keep the funds highly secure.

Blockchain.io plans to offer a large variety of trade order types to ensure that beginner and expert traders are catered for. Users would also benefit from a peer-to-peer lending feature, with the ability to borrow from a “centralized inventory of cryptocurrency funds” which is maintained and managed by Blockchain.io. All of these transactions would be subject to interest, with rates based on supply and demand.

In its white paper, the company states its exchange will also offer “advanced cryptographic protocols” that “combine the best of centralized trading with decentralized settlement” — eliminating the privacy, scalability and cost issues that have affected the original Bitcoin blockchain.

When it comes to ICOs, Blockchain.io aims to offer legal, marketing and financial expertise to assist with the planning and execution of campaigns. After vetting by the company’s team, these projects will be voted on and then approved by the exchange’s community.

Blockchain.io says it will have strict criteria for eligible projects. As well as being legally compliant, the team behind an ICO must be experienced — and their idea needs to be of  high quality, viable and full of potential. Once these requirements have been fulfilled, the company will structure the entire operation on their behalf — and charge a fee for the funds that are raised during the token sale.

“A gateway to the internet of value”

Blockchain.io is being launched by Paymium.com — a company which describes itself as “one of the oldest Bitcoin exchanges in the world.”

Paymium says more than 170,000 existing accounts will automatically be given a Blockchain.io account upon launch — and they will benefit from incentives should they decide to use the new crypto exchange.

Blockchain.io’s public sale begins on Sept. 27, 2018. The Blockchain.io platform will be ready-to-trade for investors as soon as the token sale concludes in November.