After dropping below $6,500 yesterday, Bitcoin challenges the price point again.

Saturday, September 15: crypto markets are undergoing a slight recovery after yesterday’s decline, with 17 of the 20 top cryptocurrencies by market cap in the green, according to CoinMarketCap data. 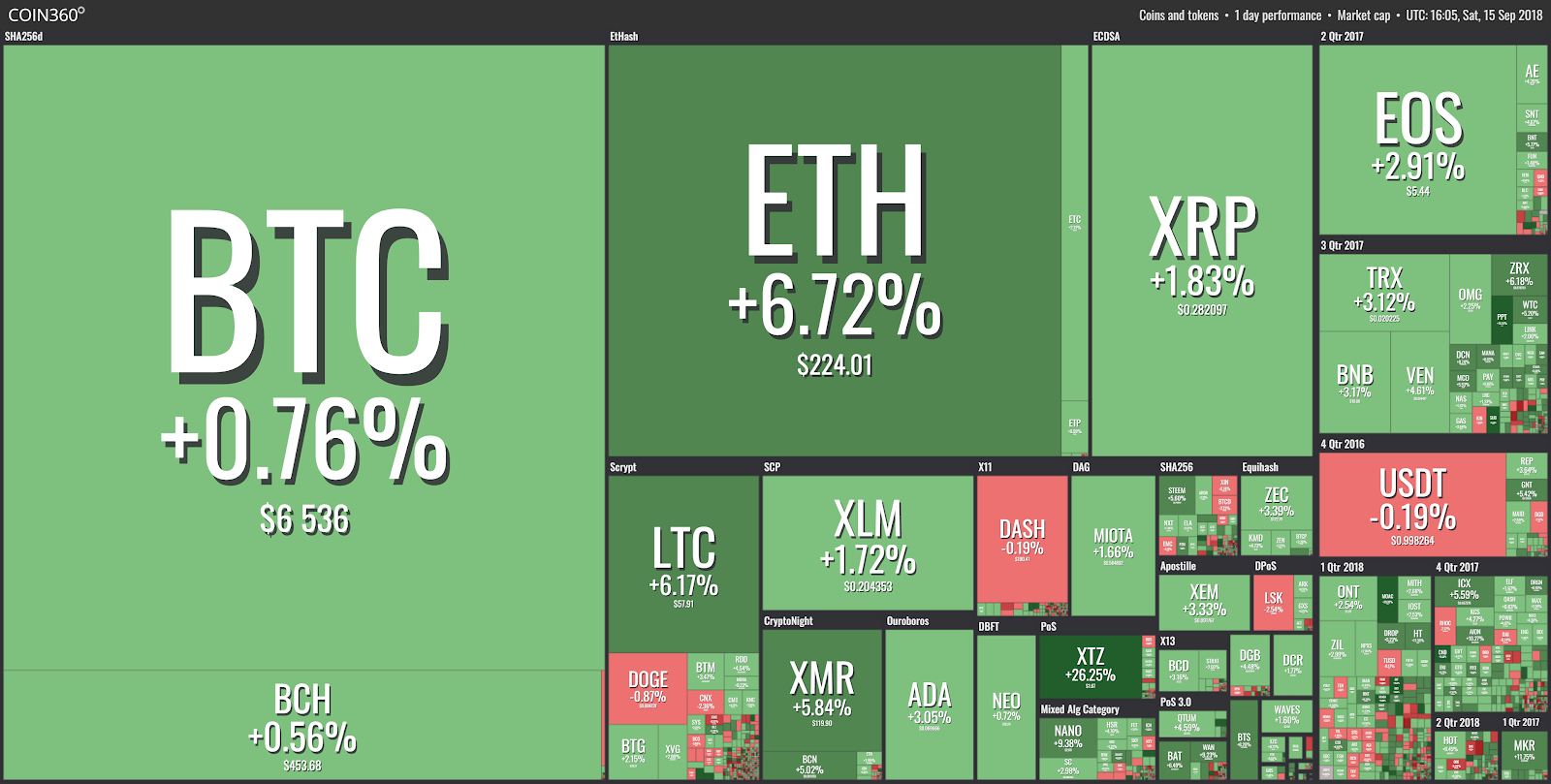 After dropping below the $6,500 price point yesterday, Bitcoin (BTC) has challenged the mark again, going up by 1.6 percent over the past 24 hours, to trade at $6,533 at press time. 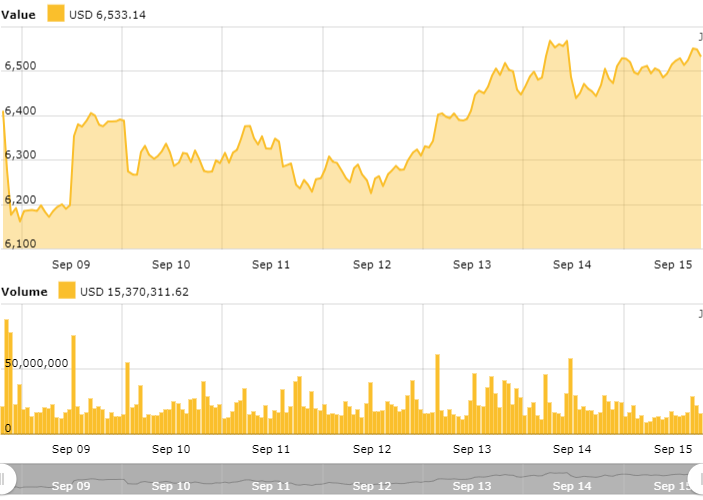 Ethereum (ETH) is currently seeing some of the largest gains among the top 20 cryptocurrencies by market cap. The major altcoin is trading at $223, up 6.7 percent in 24 hours to press time. Ethereum is also up 5.3 percent on the week, after having dropped to as low as $169 on September 12. 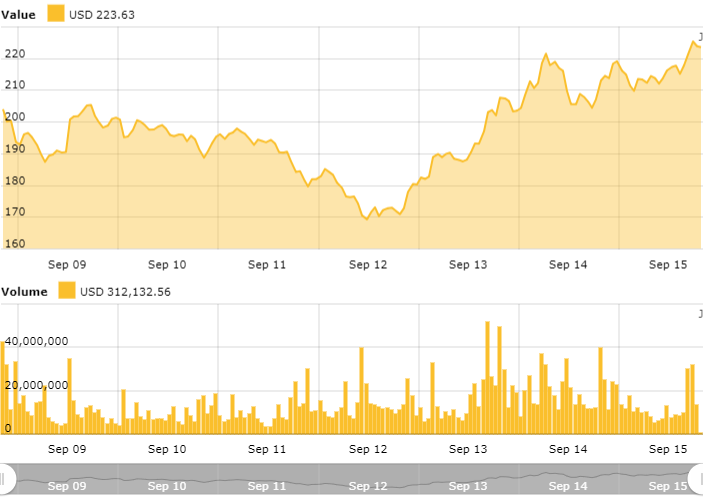 The total market cap continues hovering around the $200 billion mark, currently at $204 billion.

Following the recent announcement of the upcoming Tezos (XTZ) mainnet launch slated on Monday, September 17, it has seen the largest gains among the top 20 coins on the day. XTZ is trading at $1.68 at press time, up 26.4 percent over the past 24 hours.

Litecoin (LTC) and Monero (XMR) have also seen considerable gains since yesterday. Litecoin is up 5.2 percent, trading at $57 at press time, according to Cointelegraph’s price index. The privacy-focused Monero, currently ranked ninth by market cap, is up 5.8 percent and is trading at almost $120 as of press time.

Dogecoin (DOGE) is one of the few cryptocurrencies that have seen some losses on the day. The altcoin is down 0.6 percent and trading at $0.006148 at press time, but is still up 8 percent over the past 7 days.

Yesterday, Silicon Valley venture capitalist and well-known Bitcoin evangelist Tim Draper predicted that the combined cryptocurrency market cap will hit $80 trillion in the next 15 years, citing the variety of markets that will be transformed by the cryptocurrency industry.

The most recent wave of green comes after CEO of Galaxy Digital Capital Management Mike Novogratz called a price bottom on the crypto markets.

Yesterday, the U.S. stock brokerage company EF Hutton said that they are planning to issue $60 million in various crypto instruments by January 2019, following the confirmation that the company will also be a sponsor of the upcoming U.S. crypto exchange ACEx.

On September 13, Bloomberg cited anonymous sources as saying that the U.S. banking giant Morgan Stanley is planning to offer Bitcoin swaps, enabling its clients to trade derivatives without holding the actual cryptocurrency.