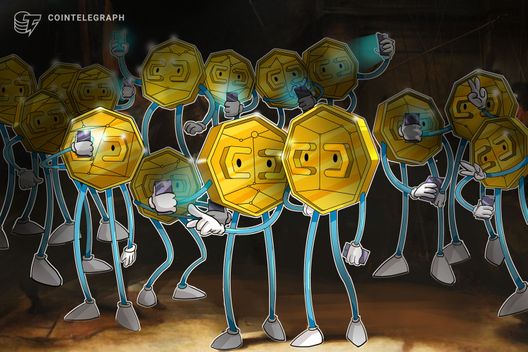 The U.S. tech giant Google is set to update its ad policy in October, re-allowing registered cryptocurrency exchanges located in the U.S. and Japan to advertise. According to the official announcement, starting in October, Google will allow registered cryptocurrency exchanges to advertise on its Google Adwords platform, targeting the U.S. and Japanese audiences. The announcement notes that advertisers will need to be certified with Google in the country where the ads will be launched.

U.S. retail giant Walmart and its division Sam’s Club, a membership-only retail warehouse club, will require suppliers of leafy greens to implement a farm-to-store tracking system based on blockchain tech. Walmart, which is set to introduce a similar traceability system “for other fresh fruit and vegetable providers within the next year,” notes that over 100 companies will be required to implement IBM’s blockchain service.

Nobuaki Kobayashi, the trustee of defunct cryptocurrency exchange Mt.Gox, released a new statement this week that recorded the liquidation of almost 26 billion yen ($230 million) in Bitcoin and Bitcoin Cash in around four months.Kobayashi, who is known as the “Tokyo Whale” due to the multiple rounds of cryptocurrency sell-offs he has undertaken on behalf of Mt.Gox since Q3 2017, stated he had sold 24,658 BTC and 25,331 BCH “during the period from the 10th creditors’ meeting in the Bankruptcy Proceedings (i.e., from March 7, 2018) to the commencement of Civil Rehabilitation Proceedings.”

The Intercontinental Exchange (ICE) has confirmed its Bakkt cryptocurrency platform’s first offering will take the form of physical Bitcoin futures. ICE, which also operates the New York Stock Exchange (NYSE), has said that Bakkt — a “regulated ecosystem” for institutional investors aiming to get exposure to cryptocurrency — will offer futures against at least three fiat currencies: the U.S. dollar, British pound sterling and euro.

Cryptocurrency exchange Coinbase has announced a new process that will allow it to list more digital assets faster. According to Coinbase’s announcement, the new process refers only to digital assets that are compliant with local law, which means that certain assets listed on the platform may only be available to customers in particular jurisdictions. Issuers who want to submit tokens at Coinbase via the newly adopted process will have to use a special form, which will subsequently be evaluated by the exchange team against their digital asset framework.

“We […] believe that formal guidance may be an appropriate approach to clearing up legal uncertainties which are causing the environment for the development of innovative technologies in the United States to be unnecessarily fraught,” — U.S. Congressmen in a letter to SEC chairman Jay Clayton about crypto regulation

The U.S. House of Representatives passed a bill on September 26 that would establish a crypto task force to combat terrorist use of cryptocurrencies.House Resolution (H.R.) 5036, which represents an amended version of the bill proposed by Rep. Ted Budd (R-NC) to the Committee on Financial Services in January, establishes an “Independent Financial Technology Task Force” to fight the illicit use of cryptocurrency. Similar to the original version of the bill that was introduced on January 10, H. R. 5036 establishes the same time-frames for investigating and providing reports on the potential use of crypto in criminal activities.

More than 45 representatives from major Wall Street firms and crypto companies took part in a “crypto roundtable” hosted by Congressman Warren Davidson to discuss Initial Coin Offering (ICO) and cryptocurrency regulations in Washington D.C. The discussion provided a chance for industry representatives to express their concerns regarding possible regulations of the crypto space. Namely, experts told lawmakers that there is a pronounced lack of regulatory clarity for ICOs and digital currencies.

The French government is reportedly planning to provide a legal framework for all “digital assets” providers. Three members of President Emmanuel Macron’s party, La République En Marche (LREM), have proposed an amendment to French legislation for regulating all service providers in the crypto industry, sources told local news outlet LesEcho.fr. The amendment has the aim of widening the existing legal framework in order to allow all crypto market participants to receive approval from the main stock market regulator in France, Autorité des Marchés Financiers (AMF).

US Congressman Ask SEC For Clarity On Cryptocurrency Regulation

More than a dozen lawmakers from the U.S. Congress have sent a letter to Securities and Exchange Commission (SEC) Chairman Jay Clayton, calling for regulatory clarity regarding cryptocurrencies. The lawmakers requested clarity on the criteria for identifying digital tokens as “investment contracts” and therefore securities, in addition to a description of the tools the SEC will use to provide more concrete guidance to innovators in the field, expressing concerns that the current uncertainty can impede innovation in the U.S. and could eventually drive business to other jurisdictions.

Ripple will lead a group of crypto startups to lobby lawmakers and financial regulators in D.C. to support crypto and blockchain innovation. The coalition of San-Francisco-based crypto firms — Securing America’s Internet of Value Coalition — is planning to pay Klein/Johnson Group, a bipartisan lobby group, to assist the crypto and blockchain community in conveying to regulators that the industry needs support from the government. The coalition, together with the lobby group, will raise issues with Congress, as well as the Securities and Exchange Commission (SEC), the Internal Revenue Service (IRS), and other agencies that have relations to cryptocurrencies.

Austrian Government To Use Ethereum Blockchain To Issue $1.35 Billion in Gov’t Bonds

Austria’s government is set to use the Ethereum (ETH) public blockchain to issue €1.15 billion ($1.35 billion) of government bonds in an auction on October 2. Oesterreichische Kontrollbank (OeKB) will reportedly operate the live blockchain notarization service, where the bank will issue the bonds on behalf of the Austrian Treasury (OeBFA). OeKB says this will be the the first time a blockchain-based notarization service will be used as part of a Federal Bond Auction in Austria.

Circle Internet Financial Ltd. is launching a USD-backed digital token dubbed the “USD Coin.”A consortium called Centre — which includes Bitmain Technologies Ltd. among its members — will act as a platform for deposits and fiat conversions for the stablecoin. The USD Coin will reportedly be available on Circle’s Poloniex exchange, as well as Huobi, OKCoin, KuCoin, and digital wallet and exchange Coinbase. As per Circle’s release, over 20 companies are about to announce support for the USDC, while others might add trading through the open ERC-20 standard.

Mongolia’s largest mobile telecoms operator, Mobicom, has become the country’s first licensed entity to issue its own digital currency. Mobicom’s financial arm Mobifinance is now clear to issue the e-currency, dubbed “Candy,” to investors, Montsame confirms. The executives have received formal permission at a ceremonial event at the Bank of Mongolia’s headquarters Friday. Candy already exists as an entire ecosystem for Mongolian consumers, who can use the digital currency to pay for various goods and services with a range of businesses.

Major league Italian soccer club Juventus announced this week that it will launch its own cryptocurrency “fan token,” two weeks after a similar announcement from Paris Saint-Germain. The product of a partnership with “blockchain-based fan engagement platform” Socios.com, the Italian club aims to release its “Juventus Official Fan Token” as soon as Q1 next year. The club currently ranks top in Italy and number two worldwide, with a fanbase reportedly topping 60 million.

Thailand’s fourth largest bank, Kasikornbank, has recently joined the blockchain-based Visa B2B Connect program for cross-border payments. According to local news outlet The Nation, Kasikornbank is the “first” bank in the country to use the technology, setting the stage for a more widespread use of blockchain in the country’s banking sector. Suripong Tantiyanon, Visa’s country manager in Thailand, expressed his opinion on the partnership, noting that Visa B2B will support developments in “security, governance, and distributed ledger technology.”

Opera has partnered with blockchain advisory and financial services firm Ledger Capital to explore possible blockchain applications. Per this week’s announcement, the two companies are looking to investigate applications and use cases of blockchain and how the technology can be deployed within Opera products and its ecosystem. Opera is known for being the first major web browser to include a built-in cryptocurrency wallet. 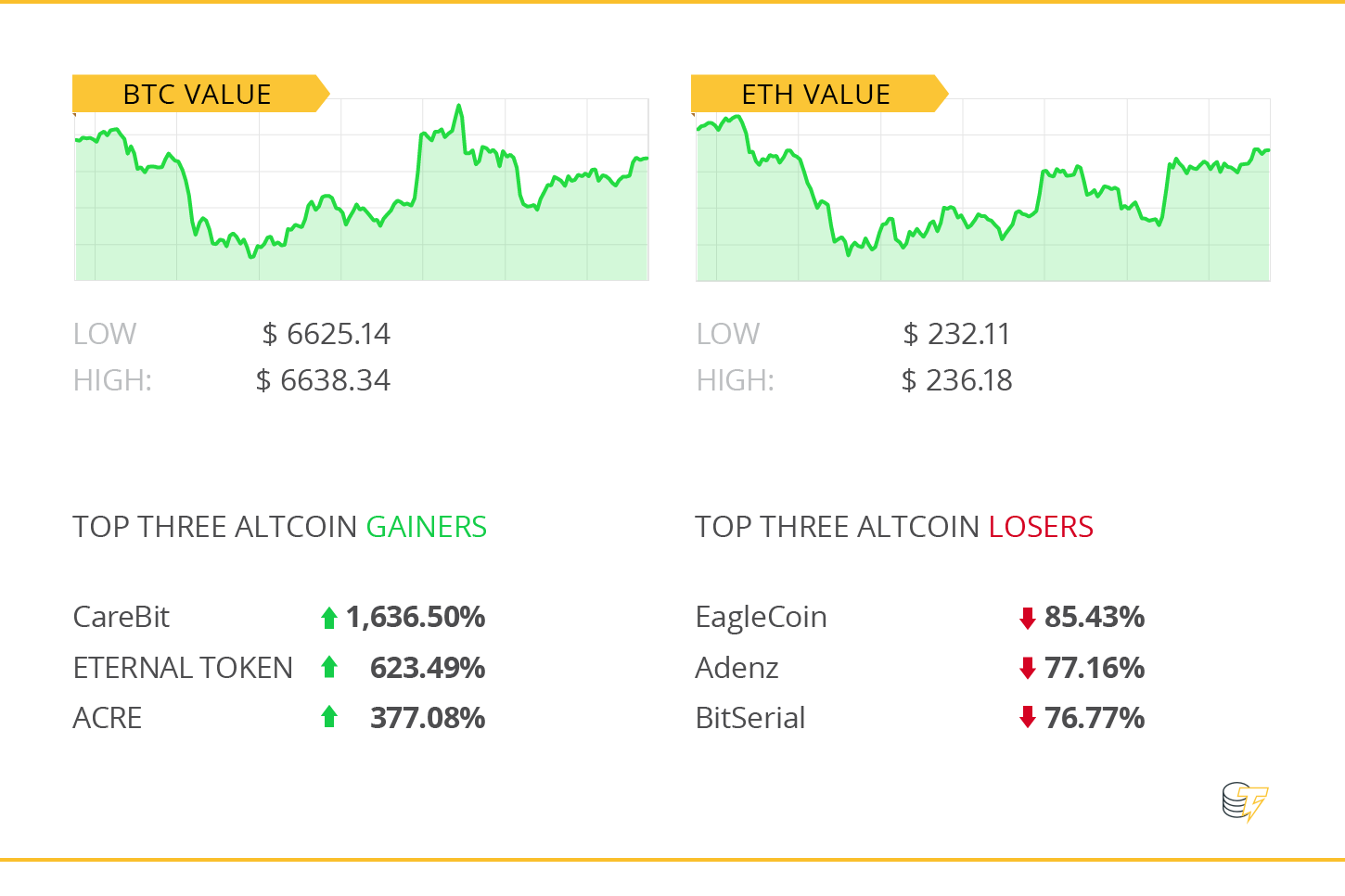 Cryptocurrency wallet and Ethereum decentralized app (DApp) extension MetaMask has blocked the most popular DApp for Ethereum, 333ETH. In comments on Twitter, MetaMask said it had opted to create the block, which it added it would make optional, due to the 333ETH DApp being an “active scam.” MetaMask claimed it was acting in users’ best interests.

Major Indian cryptocurrency exchange Zebpay announced it had stopped all trading due to the country’s banking ban this week. Citing the “extremely difficult” conditions it encountered attempting to process customer orders in the current environment, the exchange gave just several hours’ notice of the decision, which has already come into effect. The move comes almost three months after the July 6 deadline for banks to comply with the Reserve Bank of India’s (RBI) ban on offering services to cryptocurrency businesses.

The U.S. Securities and Exchange Commission (SEC) has filed charges against international securities dealer 1pool Ltd., which was offering Bitcoin-funded security-based swaps. Per the SEC complaint, the case involves the Marshall Islands-based corporation 1pool Ltd., which provides cryptocurrency-related services and stands behind 1broker.com, and its Austria-based CEO Patrick Brunner. The complaint alleges that the parties violated federal securities laws in connection with security-based swaps funded with Bitcoin (BTC).

The developers of open-source cryptocurrency Monero (XMR) have patched a bug that could allow an attacker to “burn” the funds of an organization’s wallet while only losing network transaction fees The bug could purportedly affect merchants and organizations in the XMR ecosystem, enabling an attacker to trigger significant damage. While Monero notes that the attacker would not be able to directly accrue monetary gains with such an attack, “there are probably means to indirectly benefit.”

French stock market regulator, the Autorite des Marches Financiers (AMF), announced it is blacklisting 21 new investment websites, including multiple crypto-related sites this week. The AMF characterizes the new additions as “unauthorized websites” that offer “atypical investments,” and directs users to its existing blacklist, which it notes is “not comprehensive.” In March, the AMF had added 15 websites — including those related to crypto and crypto-assets — to its blacklist, warning consumers against the promises of high return investments.

Tom Lee, Fundstrat’s head of research, said in a note to clients this week that altcoin Ethereum is about to see a “trend reversal and rally strongly” up to $1,900 per token by the end of 2019. According to Lee, the “overly negative” sentiment on the Ethereum market will be a basis for its strong rebound in the near future.

This articles delves into New York’s attitude towards cryptocurrency companies, after the conflict reached a new peak last week with the Attorney General’s report accusing crypto exchanges of acting outside of the law. The author raises the question, is New York’s attitude towards crypto “less about protecting consumers than about turf-guarding and political preening”?

Crypto and Cannabis Are the Perfect Post-Crisis Bubbles

Bloomberg explains why the cryptocurrency and cannabis “bubbles” are “unmistakable siblings,” not only by the numbers, but also due to the people that are trading them (read: millenials) and their similar “paths to respectability.”