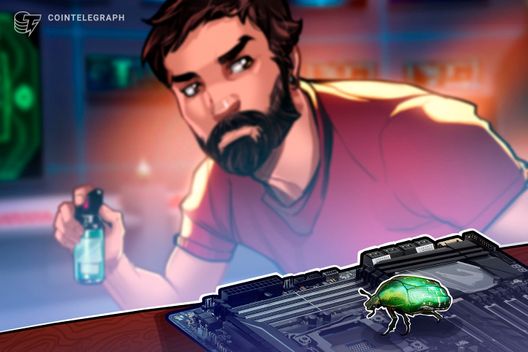 Cybersecurity publications were sounding the alarm over cryptocurrency malware again Monday, Oct. 29 after a Malwarebytes forum user reported a price monitoring app for macOS was a trojan.

Confirmed in a blog post by the cybersecurity software developer, community member 1vladimir reported suspicious behavior by an app called CoinTicker over the weekend.

The app purports to let users track cryptocurrency prices from within the Mac toolbar, which update automatically.

“Although this functionality seems to be legitimate, the app is actually up to no good in the background, unbeknownst to the user,” Malwarebytes’ blog post explains, adding:

“Without any signs of trouble, such as requests for authentication to root, there’s nothing to suggest to the user that anything is wrong.”

Upon further inspection, it became clear CoinTicker contained script that would download two backdoors onto the host machine, allowing a remote party to take control of it.

The Github repository from which the CoinTicker malware downloaded the backdoors has since been deleted, tech magazine Bleeping Computer meanwhile notes.

In its own analysis, the publication suggests the app could well have purely been developed to distribute the trojan.

While it is unknown how many machines the malware has infected in the few days since its discovery, the episode is a further reminder of the voracity of attackers targeting cryptocurrency investors.

As Cointelegraph has frequently reported, malware continues to surface, often in the form of hidden crypto mining scripts or even schemes that empty mobile or other hot wallets.

Earlier this month, Google opted to remove all extensions with so-called obfuscated code – a feature which masks their purpose – from its Web Store in an effort to combat the problem.