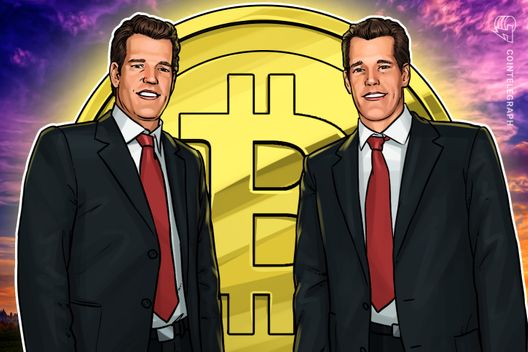 Charlie Shrem faces a new legal threat from the Winklevoss twins, who claim he owes them 5000 BTC.

A lawyer for Bitcoin Foundation founder Charlie Shrem has denied claims by Tyler and Cameron Winklevoss that he “stole” 5000 bitcoins (now $31.7 million) from them in 2012, the New York Times (NYT) reported Nov. 2.

In lawsuit unsealed Thursday, Nov. 1, the Winklevoss twins, with whom Shrem worked on a previous project before serving one year in jail for alleged facilitation of drug purchasing using Bitcoin (BTC), said the issue goes back to 2012.

“Either Shrem has been incredibly lucky and successful since leaving prison, or — more likely — he ‘acquired’ his six properties, two Maseratis, two powerboats and other holdings with the appreciated value of the 5,000 Bitcoin he stole,” the NYT quotes the lawsuit as claiming.

The judge overseeing the complaint — the same involved with Shrem’s previous case — has “agreed to freeze” some of his assets, a request which originally surfaced in September, while also considering a further claim he owes $950,000 in restitution from when he pleaded guilty in 2014.

The debacle goes back to alleged funds Shrem failed to repay the Winklevosses as part of their investment in his extant project BitInstant.

A falling out over management saw the partners sever contact with each other, while Shrem subsequently pleaded guilty to activities involving BitInstant before the Winklevosses came on board.

In the meantime, a private investigator hired by the Winklevoss twins reportedly tracked the missing 5000 BTC funds, leading to the present lawsuit and asset freeze decisio

While Shrem has not officially responded to the fresh legal challenge, a lawyer representing him criticized the lawsuit’s content.

“The lawsuit erroneously alleges that about six years ago Charlie essentially misappropriated thousands of Bitcoins,” he said in a statement, adding:

“Nothing could be further from the truth. Charlie plans to vigorously defend himself and quickly clear his name.”

Shrem has not responded to Cointelegraph’s request for comment by press time, and this article will be updated as more information is made available.