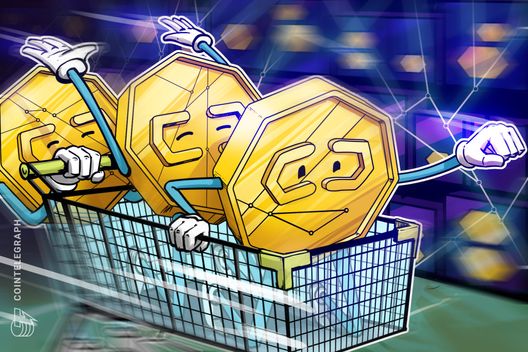 Hundreds of ways of buying crypto have emerged in recent years – and in some cases, you can get your hands on Bitcoin without parting with cash.

Are there any methods which don’t come recommended?

Cash in the mail is ill advised for buying crypto unless you’re only dealing in small amounts.

There’s always the risk of it being lost or even stolen – and the people who are selling you crypto might not be all they are cracked up to be.

Generally, people who send cash in the mail are motivated by the prospect of greater levels of anonymity – and the ability to receive funds without having to go through ID checks.

Whatever the method, always check to see if there is an escrow service, as these can offer protections for buyers and sellers alike.

Can I use text messages and social networks to get paid?

Absolutely – but it’s worth proceeding with caution.

Given how it’s become popular to send and receive old-fashioned currencies on our phones, it’s somewhat inevitable that crypto would follow suit.

Back in August, the US software giant Intuit was awarded a patent for processing Bitcoin payments via SMS – a boon for businesses which focus on crypto. This could have a plethora of benefits, especially for the unbanked, who often rely on their phones for transactions. It’s fair to argue that such easy ways of sending or receiving Bitcoin are instrumental in achieving that mythical milestone: mainstream adoption.

Alas, every time the crypto world takes one step forward, it can feel like it takes two steps back. With new advancements come scams – and last year, it was reported that fraudsters were texting people to say that they have Bitcoins waiting for them in an account. Following the link in such messages puts victims at risk of losing their personal details and becoming a victim of identity theft. With any exotic method of acquiring crypto, it’s crucial to do your due diligence and rely on common sense to avoid being swindled.

Using secure messaging platforms can help – and indeed, it was recently announced that Litecoin holders can start checking their balance and transferring funds via Telegram.

Do I always have to use cash to buy crypto?

New methods for purchasing cryptocurrencies are emerging all the time – including iTunes gift cards.

This could prove particularly useful if you were given one of these vouchers for your birthday or Christmas but would rather invest in cryptocurrency instead.

Usually, websites that enable you to complete these transactions operate on a peer-to-peer marketplace, where the would-be buyers of iTunes gift cards set out how much they would be willing to pay in Bitcoin. In some cases, these buyers may have a minimum amount of vouchers they’re prepared to purchase, along with a maximum. The exchange rates you’re offered can vary wildly – and it’s important to check whether or not a buyer is reputable before committing to a transaction.

Paxful, a platform which specializes in enabling customers to convert their gift cards into Bitcoin, claims it offers about 300 different payment methods for Bitcoin. Along with iTunes vouchers, purchases can be made with gift cards for an array of well-known brands including Banana Republic, Dunkin’ Donuts, Forever 21, Nintendo and Pizza Hut. The only hurdle is finding somebody who is willing to swap with you.

Can’t I just get paid in cryptocurrencies to begin with?

Tax implications vary vastly depending on where you live, and the dramatic shifts in a cryptocurrency’s value can make employers and employees alike nervous. Statistics help to paint the mood: in Germany, just 6 percent of the public believes that it will be feasible to purchase a car using crypto in two years’ time – and indeed, a poll of 300 financial experts from major corporations found that most were skeptical that the likes of Bitcoin would even be used for buying a cup of coffee come 2020.

To summarize, as things stand right now, getting paid in crypto really is imaginative – but that’s not to say it isn’t happening, nor that there isn’t an appetite for it. A poll of 1,000 people by Sage in South Africa revealed 31 percent are happy to receive all or part of their salary in crypto – with men and millennials most likely to agree to it. Several companies have launched voluntary schemes enabling workers to join the crypto revolution, with one Australian outlet describing the payment method as “awesome” because they can pay international employees instantly without fees.

I can get other currencies from ATMs. Can I get Bitcoin?

Yes – there are now thousands of cash machines offering Bitcoin worldwide, and prospects for growth are promising.

As reported by Cointelegraph, the market for crypto ATMs is expected to soar to $144.5 million by 2023 – that’s compared with a meagre $16.3 million in 2018. Demand is likely to be spurred on by so-called “two way” machines which enable users to convert digital currencies to fiat, and vice versa.

However, coverage of crypto ATMs is not geographically universal – and if you’re not in a major city, your nearest machine could be many hundreds of miles away. You’re most likely to be able to pop to a machine if you’re based in North America, which is forecast to have the biggest market share in five years’ time. There’s also good news if you’re based in Germany and Japan, where crypto adoption is considerable.

That said, there are hurdles – especially from a regulation viewpoint. Last year, two Bitcoin ATMs in St Petersburg vanished inexplicably amid tensions with the authorities. Meanwhile, back in August, a Japanese security specialist uncovered malware designed to exploit vulnerabilities in these ATMs which would allow hackers to steal Bitcoin worth $6,750 without a cardholder’s knowledge.

What is the best way to buy crypto?

A lot of this depends on which cryptocurrency you’re buying, how much you want, and where you are based.

As long as you are in a country which hasn’t banned purchasing digital currencies (attitudes vary around the world,) you’ll probably be able to use a crypto exchange. There are dozens of outlets to pick from, and each support different fiat currencies – meaning you can get your hands on Bitcoin, Ethereum and others irrespective of whether you use US dollars, euros, pounds or Japanese yen as a payment method.

Many of these centralized exchanges claim that they make purchasing cryptocurrencies as easy as splashing out on a pair of socks on Amazon. Although this is true to some extent, there are some legal requirements to bear in mind. Depending on the payment method you use, and the quantity of crypto you are buying, photo ID is needed to verify your identity. Decentralized exchanges are another option, with smart contracts and atomic swaps used to facilitate peer-to-peer transfers and eliminate the need for a middleman.

It’s also crucial to research whether an exchange’s transaction fees are higher than the market average – and double check that an organization is reputable. Paying too much to acquire crypto is one thing, but losing your funds to a devastating hack is quite another. Even big brands such as Mt. Gox have fallen victim to cyberattacks in the past, so do bear in mind that convenience doesn’t necessarily absolve risk.