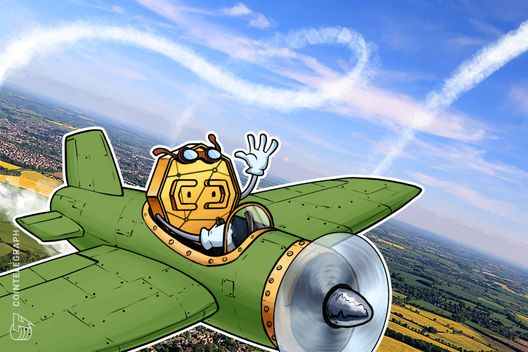 Cryptocurrency markets have seen slight gains on the day, with all top ten cryptocurrencies trading in the green.

Wednesday, Nov. 21: It seems as if the recent drop-off in markets has slowed, with almost all the top 20 cryptocurrencies seeing green today.

Bitcoin’s (BTC) losses yesterday totalled more than 15 percent, though the coin has managed to bounce back into the green today, up 3.12 percent on the day and trading at around $4,499 at press time. The leading cryptocurrency is down over 21 percent on its weekly chart.

Yesterday, Wall Street crypto bull Tom Lee reiterated his recently reduced year-end price prediction of $15,000 for Bitcoin, despite the recent market crash. While remaining confident in a year-end rally, Lee admitted that the markets have “certainly” seen a “negative development,” which signals a “downside of the momentum.” 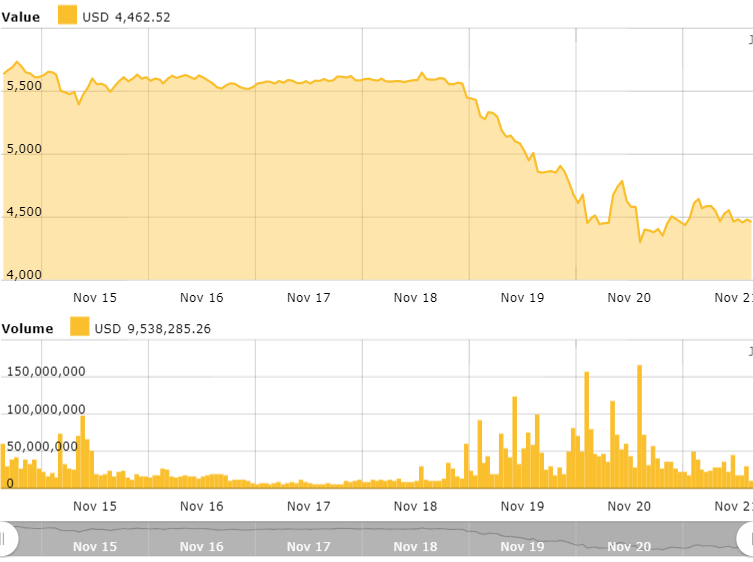 The second largest cryptocurrency by market capitalization, Ripple (XRP), is up 0.80 percent over the last 24 hours and trading at $0.439. The altcoin’s market cap is around $17.8 billion, while its weekly high point was around $20.8 billion on Nov. 18, according to CoinMarketCap. 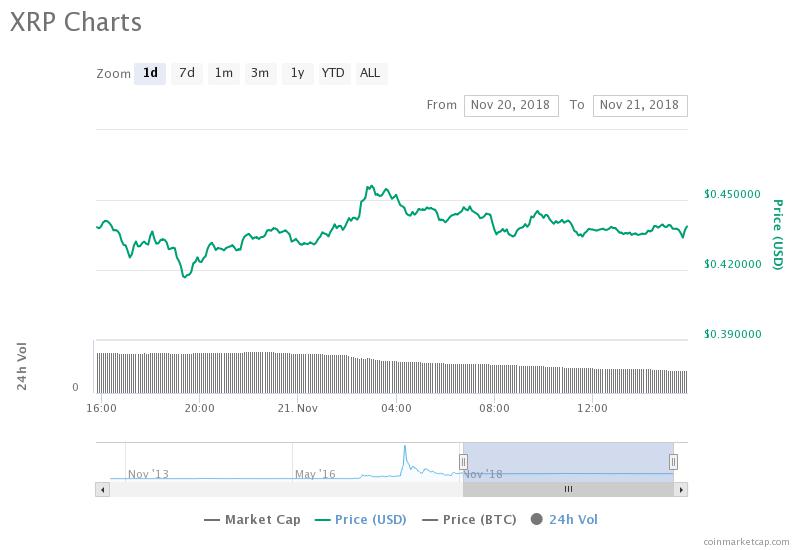 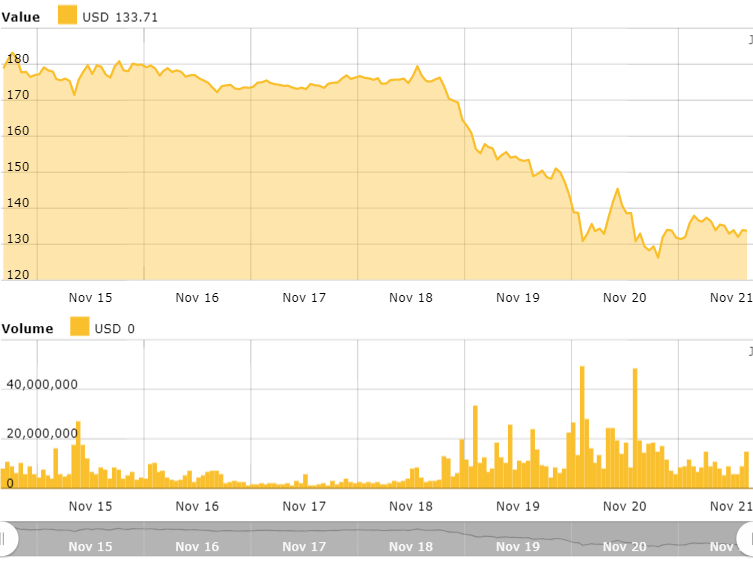 Bitcoin Cash (BCH) is down the most among the top twenty coins this week, having lost over 40 percent in the seven-day period. On the day, the coin is up a modest 2.67 percent, trading at $231.97 at press time.

Among the top 20 cryptocurrencies, only Zcash (XEC), and Tezos (XTZ) are in the red, down by 0.36 and 3.79 percent on the day, respectively, according to CoinMarketCap. 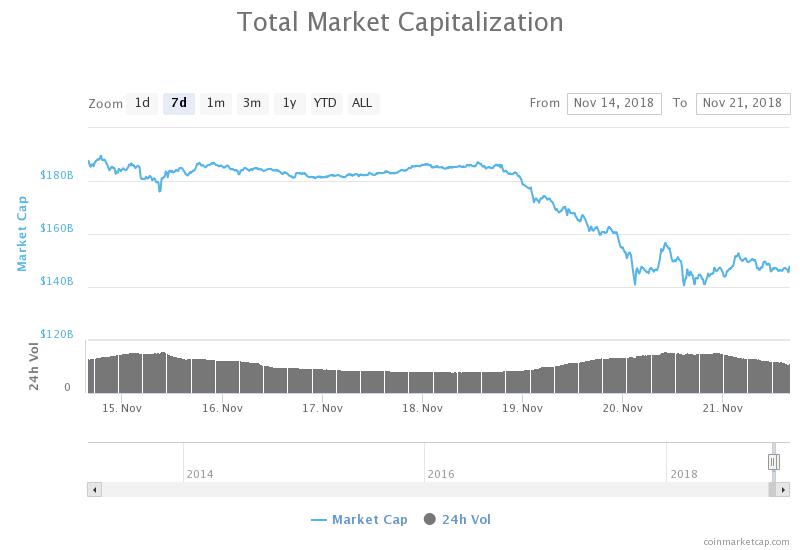 Earlier today, Cointelegraph reported that the recent cryptocurrency market crash has eased pressure on the U.K.’s financial regulator to introduce hasty new rules for the sector. Gillian Dorner, deputy director for financial services at Britain’s finance ministry, reportedly said that “we want to take the time to look at that in a bit more depth and make sure we take a proportionate approach.”

British regulators are reportedly analyzing over 2,000 crypto assets to see whether they can be regulated under existing rules before considering whether reform might be necessary.

Also today, Spencer Bogart, a partner at the venture capital firm Blockchain Capital, said he believes that crypto opportunities are “still gigantic” despite the current bear market, pointing out the critical role of “programmable money,” which is supposed to gain even more popularity over time.