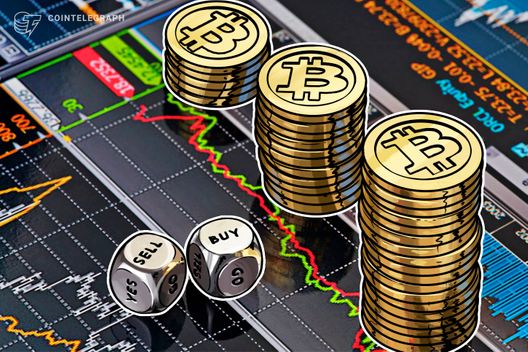 The CEO of analytics and risk management company Blockchain Intelligence Group says opportunistic investors have not taken away from Bitcoin’s future viability.

The 2018 cryptocurrency price decline is a result of investors’ “lack of education,” the CEO of Canadian firm Blockchain Intelligence Group (BIG) said in an interview published in German economics news outlet Finanzen.de Nov. 23.

Speaking with a representative of German investment bank GBC AG, BIG’s CEO Lance Morginn suggested the combination of entry-level investors piling in during 2017, regulatory uncertainty and standard principles of supply and demand resulted in the 2018 bear market.

“You couple all these factors together, along with the lack of understanding that the average individual has of the sector, and that's the reason the pricing of crypto and where it's at today,” the search, analytics and risk management company’s CEO told the publication.

Bitcoin (BTC) has led the majority of crypto assets into a fresh downward spiral over the past week, shedding around 30 percent to hit lows not seen in more than a year.

Many assets performed worse in the most recent crash that began Nov. 14, with Bitcoin Cash (BCH) experiencing separate problems related to its recent hard fork, which contributed to its sharp decline, topping at 50 percent.

The idea of novice investors blindly entering the market during the bull run in late 2017 has become a popular narrative among various commentators this year, the expectation being that long-term holders will be all that remain if prices stay low long enough.

Morginn is one of those unfazed by the recent downturn.

“The good news for BIG, however, is that as long as crypto has a form of value and the criminal element could be using it as a mechanism of payment, our services are more than necessary to our clients, so this decline does not impact us in a long run,” he continued.

“The fundamentals of the industry are still intact.”

A survey from pro-Bitcoin former U.S. congressman Ron Paul this week saw tens of thousands of respondents choose Bitcoin over gold and fiat currency as a ten-year investment option.