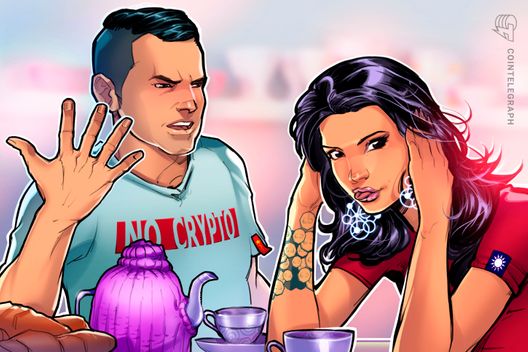 Taiwan has implemented new AML regulations on crypto exchanges. Was it influenced by China?

According to the newly drafted Money Laundering Control Act and Terrorism Financing Prevention Act approved by the Legislative Yuan, one of the five branches of the Taiwanese government, the country’s Financial Supervisory Commission (FSC) now has authority over crypto exchanges to ban transactions suspected of being tied to fraudulent operations.

Taiwan’s Ministry of Justice (MoJ) released a statement following the approval of the new AML bill, emphasizing that the government is working towards meeting international AML standards by encouraging businesses to foster a “compliance culture and mindset.”

Until this year, the government of Taiwan was skeptical towards regulating the local cryptocurrency exchange market and blockchain sector.

South Korea, the third largest cryptocurrency exchange market, also refrained from implementing practical and efficient regulations to govern its local digital asset market until 2018, because it feared that investors would recognize it as a move to legitimize the cryptocurrency industry.

Based on its recently passed AML bill and the stance of the country’s main financial watchdog towards the cryptocurrency sector, Taiwan is likely leaning towards regulating its local cryptocurrency and blockchain space to prevent fraudulent operations and criminal activities using cryptocurrencies.

For decades, Taiwan has had a complicated relationship with China. The official name of Taiwan is the Republic of China (RoC) and since the RoC's loss of the mainland to the People’s Republic of China (PRC) governed by the Communist Party of China, the PRC has consistently claimed sovereignty over Taiwan and said that the ROC is no longer in legal existence.

Although Taiwan has claimed to be the legitimate government of China, the loss of Hainan in 1950 has limited the jurisdiction of the Taiwanese government to Taiwan and its two outlying islands Quemoy and Matsu.

In recent years, mostly due to the increasing support of the U.S., the tension between Taiwan and China has continued to increase. On October 22, reports revealed that Taiwan is preparing to pitch for more U.S. arms and weaponry, after the U.S. approved the purchase of $330 million of arms sales to Taiwan in September.

Representatives of Taiwan, the  U.S., and China had drastically contrasting viewpoints on the increasing arms sales from the U.S. to Taiwan.

Lo Chih-cheng, a ruling-party lawmaker on the parliament’s defense committee, said that regardless of the relationship between Taiwan and China, the government of Taiwan must possess credible defense and sufficient weapons to defend the region from potential attacks:

“In the worst case, we have only ourselves to rely on. We should not be so dependent on the U.S. in the long term. But we still need to buy weapons from the U.S. to secure our defenses while we are building our capabilities.”

The Institute for National Defense and Security Research, an organization funded by Taiwan’s defense ministry, noted that the established conflict between the U.S. and China was “a strategic window of opportunity for Taiwan” to build a strong defense system to protect the region.

However, the government of China fiercely opposed the arms sales of the U.S. to Taiwan. The foreign ministry in Beijing said in June of last year that the $1.4 billion deal had “severely damaged China’s security and sovereignty,” describing Taiwan as an “indispensable part of China’s territory.”

At the time, Michael Kovrig of International Crisis Group said, “if this is, in fact, intentional timing, this does represent a change of tone. The Americans would clearly be aware that this is going to irritate the Chinese. It’s not leaving room for the Chinese to save face,” adding that any additional arms sales to Taiwan could worsen the relationship between the U.S. and Taiwan.

Did China have any impact on the new AML bill?

In a period in which the Chinese mainstream media and state-backed publications are accusing U.S. President Donald Trump of playing a high-stakes game backing Taiwan, any activity to fuel the already intensified tension among the U.S., Taiwan, and China could lead to serious international conflicts and what the Chinese government call, “dire consequences.” The China Daily editorial reported on October 24:

“Military hawks in Washington have tried hard to scare Beijing and console Taipei. But they should consider the dire consequences of their country being dragged into a costly confrontation that would in the first place be both unnecessary and avoidable.”

One of the few common areas the government of Taiwan and China agree on is the prevention of money laundering through the utilization of electronic payment systems including cryptocurrencies.

Recently, in an attempt to completely ban money laundering efforts and fraudulent activities in the global cryptocurrency sector, the government of Japan also called for the establishment of standardized AML regulations regarding cryptocurrencies, specifically concerning anonymous cryptocurrencies like Monero, Zcash, and Dash. An FSA official said on October 24:

“It should be seriously discussed as to whether any registered cryptocurrency exchange should be allowed to use such currencies. It's nearly impossible for Japan to handle the problem alone. Even if trade is restricted to only domestic transfers or monitoring is enhanced, it's still not enough to counter money laundering. It would be best if all the group of 20 industrial and emerging nations and regions (G20) would take the same steps toward prevention.”

Over the past several months, led by Taiwan legislator and congressman Jason Hsu, the government of Taiwan has demonstrated a more proactive and open-minded approach towards regulating the local cryptocurrency market.

In an interview, Hsu explained that a parliamentary coalition had been formed in Taiwan to focus on regulating blockchain and crypto with a set of guidelines targeted at cryptocurrency exchanges. He added that Taiwan is set to cooperate with Japan, South Korea, Singapore, Hong Kong, and other Asian countries to facilitate the growth of the local cryptocurrency space.

Hence, rather than China’s direct impact on Taiwan, a collective effort by the lawmakers and Congress of Taiwan to regulate the country’s cryptocurrency space most likely led to the changes in the new AML bill.

“We have set up a parliamentary coalition in Taiwan’s parliament for blockchain, which is a bipartisan alliance designed to help support the industry. I have also launched self-regulatory organizations for blockchain and crypto, where we are working together to come up with a set of guidelines to regulate exchanges. These guidelines will provide basic parameters as to how crypto exchanges and other taxations are defined. When we announce the guidelines in the coming weeks, it will be a regional consensus with Taiwan, Japan and Korea, Singapore, Hong Kong as well as other Asian countries.”

Even China is protective of crypto to a certain extent

China officially banned cryptocurrency trading in September 2017, expressing concerns towards money laundering and capital controls. The government has limited the outflow of the Chinese yuan to overseas markets for decades, and through exchanges, investors were able to bring capital outside of the local market prior to the ban.

As Cointelegraph extensively reported, the government actively banned nearly every area in the cryptocurrency sector including events, media, and over-the-counter (OTC) trading, requesting AliPay, the country’s most widely utilized fintech application to block any transaction that is suspected of being connected to cryptocurrency exchanges.

However, on Oct.r 25, 2018 the Shenzhen Court of International Arbitration officially stated that under local regulations, cryptocurrencies like Bitcoin and Ethereum are considered properties and as such, holding or transferring Bitcoin is not illegal in China.

“Chinese court confirms Bitcoin is protected by law. Shenzhen Court of International Arbitration ruled a case involving cryptos. Inside the verdict: China law does not forbid owning and transferring Bitcoin, which should be protected by law because of its property nature and economic value.”

The ruling from the Shenzhen Court of International Arbitration essentially provided merchants with a green light to accept cryptocurrencies as a payment method without being in conflict with existing regulations.

Beginning January, BSTR will officially sell its yearly subscription in Bitcoin at a fixed price of 0.01 BTC. But, the publication reaffirmed that the purpose of the integration is to demonstrate the real-world potential and use case of the blockchain, and that if the price of BTC rises substantially, the publication will refund the buyers.

Hence, while cryptocurrency trading remains prohibited in China, technically, owning or transferring cryptocurrencies is not illegal. As such, it can be argued that China, to a certain extent, is not wholly dismissive of crypto, given the government’s optimism towards blockchain technology as a core pillar of the fourth industrial revolution.

The Xiongan government, tasked to build Chinese President Xi Jinping’s dream city, the Xiongan New Area, has made blockchain technology a key component of the project, working with Ethereum-related institutions, including ConsenSys, the largest blockchain software studio in the global sector, led by Ethereum co-creator Joseph Lubin, to develop blockchain-based tools for the government .Lubin said in July:

“As one of our first major projects in the People’s Republic of China, we are excited to help define the many ‘use cases’ that could benefit from the trust infrastructure enabled by ethereum technology.”

Can Taiwan be the next crypto Hub? 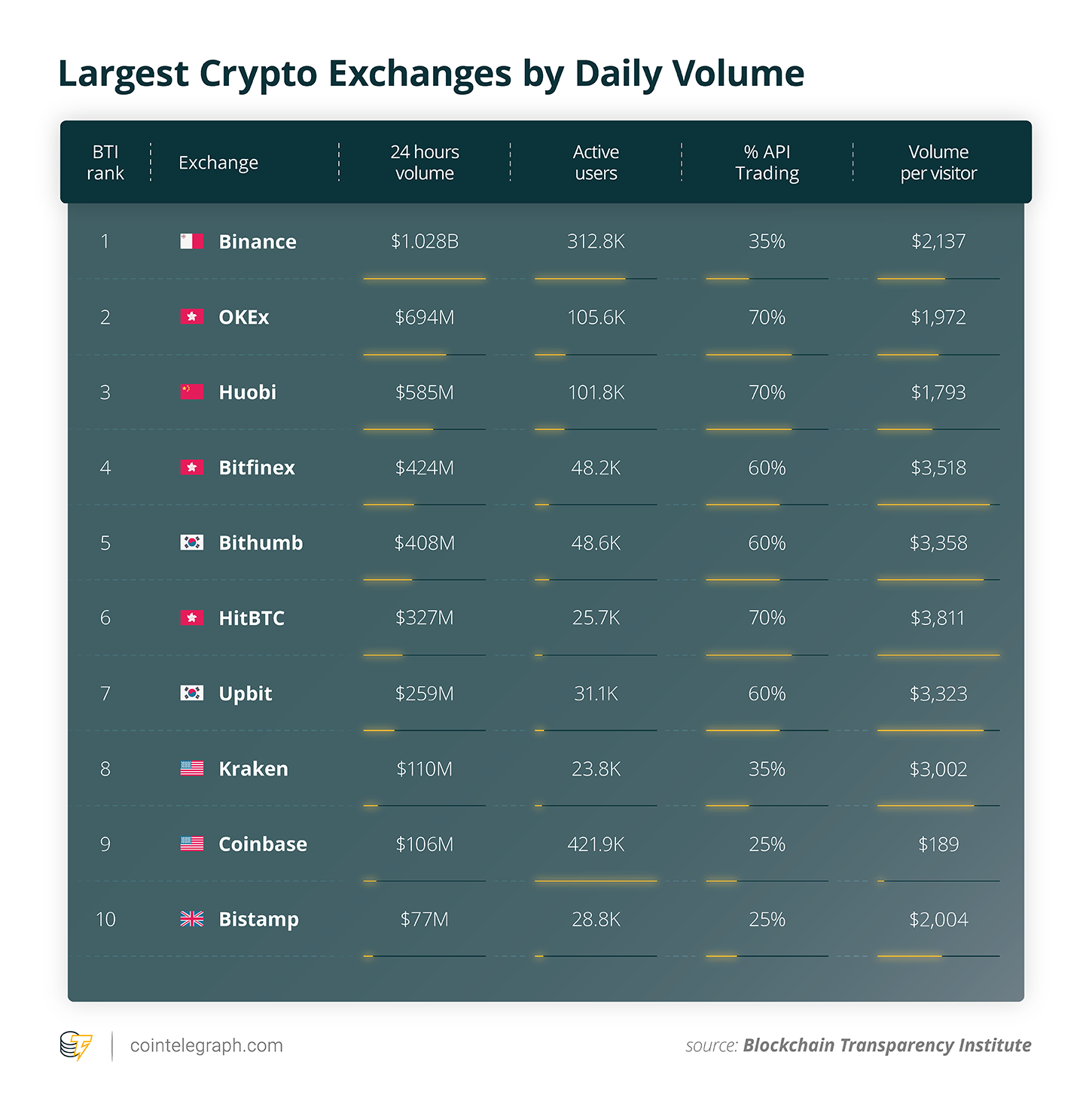 Japan and South Korea, as two of the largest cryptocurrency markets, have demonstrated significant progress in terms of regulation and industry growth.

To compete against the four markets, Taiwan would have to establish a strong selling point to attract cryptocurrency exchanges and blockchain-related businesses.

Recently, the FSC of South Korea declared that banks are free to work with crypto exchanges and the Seoul Central District Court ruled a case between local cryptocurrency exchange Coinis, and major commercial bank Nonghyup, in favor of Coinis, establishing a precedent for the industry.

Attorney Kim Tae-rim, who represented Coinis, said that the case is a milestone for the cryptocurrency sector as it would encourage banks to refrain from unfairly treating digital asset exchanges.

“Cryptocurrency exchanges, by default, have the right to freely deposit and withdraw funds to and from major banks in South Korea, and an abrupt termination of partnership and services by the bank [in this case Nonghyup] without sufficient evidence or reasoning falls under the breach of contract.”

So far, Taiwan has not led sufficient initiatives to lure in some of the biggest cryptocurrency and blockchain-related businesses from other major markets. But, if Hsu and the coalition continue to drive the adoption of crypto in Taiwan, in the mid-term, companies enter the market given that stable banking services and support from the government are guaranteed.