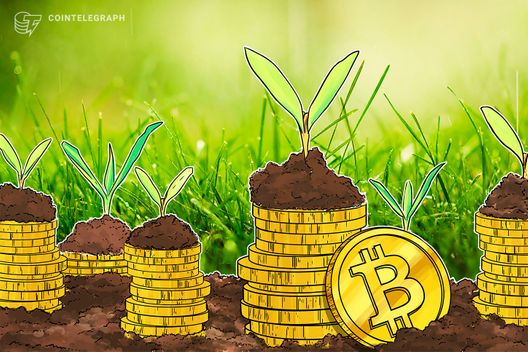 Xolaris, which has undertaken various expansion measures including the opening of a Hong Kong office in July, says client demand to access the sector continues despite the downturn in Bitcoin (BTC) prices.

“We’ve constantly received requests from professional investors to release a regulated product for the cryptocurrency sphere,” head of portfolio management Stefan Klaile said in the release.

The fund will come as a joint project with Marc Stehr, owner of an extant mining farm in Sweden, with the fund’s capital first going towards the farm’s expansion.

The decision was made due to Stehr “already having access to operational mining infrastructure,” which “demonstrably successfully produces Bitcoin.”

“This eliminates a number of risks,” Klaile added.

As Cointelegraph reported, the drop in Bitcoin prices to around $3,500 had appeared to put pay to many miners’ profitability, with China seeing mass dumping of hardware due to the crisis. Last week, U.S.-based operation Giga Watt filed for bankruptcy.

The picture remains far from one-sided meanwhile, with the government of Paraguay at the same time announcing it would endorse and support “Golden Goose,” a project to build the world’s largest Bitcoin mining farm.