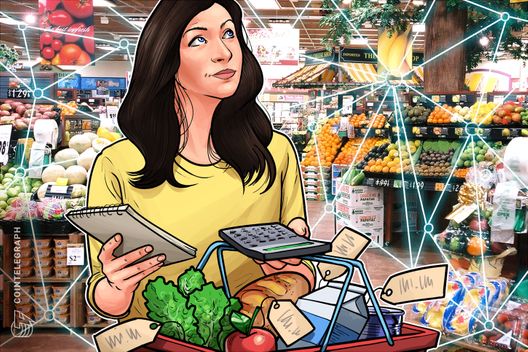 The French retail group, which is reportedly the 13th largest food retailer globally with operations in 17 countries, has extended TE-FOOD’s FoodChain solution to five more countries.

FoodChain is the international traceability information ledger by TE-FOOD, first applied by Auchan in its Vietnam branch. After a 18-month test of TE-FOOD’s blockchain tool in Vietnam, Auchan has now decided to deploy the products’ traceability solution in France, Italy, Spain, Portugal, and Senegal.

The blockchain-powered retail monitoring system provides tracking for selected product categories from farm-to-table, as well as recording food quality data and related logistics information. Auchan consumers are able to check products’ history via their smartphones by scanning the products’ QR codes and getting access to authentic data recorded on FoodChain.

According to the article, TE-FOOD’s blockchain solution implemented by Auchan is reportedly the world’s largest farm-to-table food traceability program in Vietnam, with over 6,000 clients including major global food giants such as AEON, CP Group, Lotte Mart, and others.

In mid-November, another French retail giant Carrefour revealed it was implementing a blockchain-enabled food tracking platform powered by Hyperledger for tracing poultry in Spain.

Earlier in September, U.S. retail giant Walmart and its division Sam’s Club, a membership-only retail warehouse club, also announced that they will require suppliers of leafy greens to deploy farm-to-store tracking system based on blockchain.

In late November, a fintech expert predicted that market value of blockchain in global retail will see a 29-fold increase in value in the next 10 years.